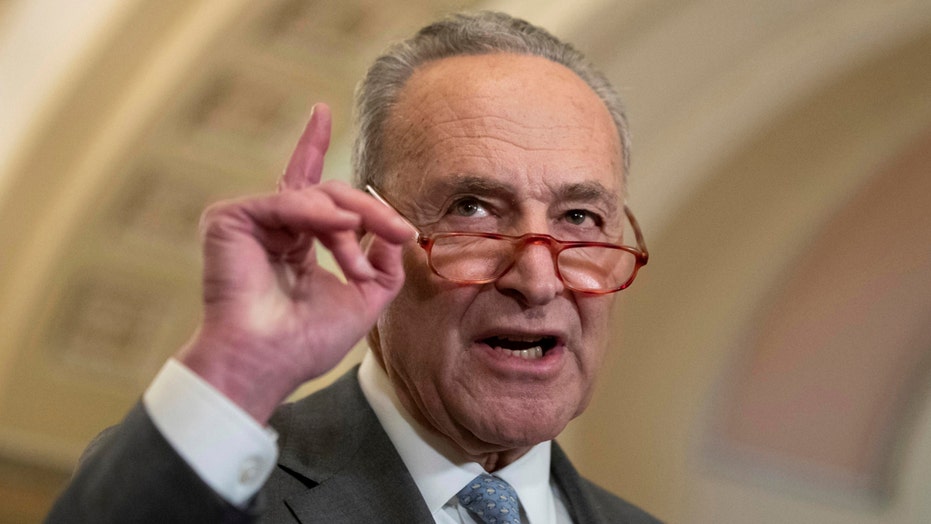 The open letter to U.S. senators, organized by the pro-Trump Article III Project, which is dedicated to helping get the president's judicial nominees confirmed, says that Schumer's previous apology for the remarks was insufficient and cites Chief Justice John Roberts' statement which called Schumer's remarks "not only inappropriate" but "dangerous." It calls for the Senate to censure him.

SCHUMER'S SUPREME COURT SAGA NOT OVER, AS GOP PRESSES FORWARD ON HISTORIC CENSURE

"Schumer’s threatening words were unmistakable, unprecedented, and unacceptable," the letter read. "Contrary to what his spokesman later claimed, Schumer’s words were not addressed to Senate Republicans, but to two Supreme Court Justices, by name. Schumer’s threat wasn’t that Republicans would face electoral consequences, but that Justice Gorsuch and Justice Kavanaugh 'will pay the price' and 'won’t know what hit them.'"

Schumer made the comment in question while speaking at a rally in front of the Supreme Court while it was hearing a high-profile abortion case last Wednesday.

The comments led to the near-universal condemnation of Schumer, including from Roberts; liberal Harvard Law professor Laurence Tribe; the anti-Trump husband of Counselor to the President Kellyanne Conway, George Conway; and more.

Schumer's office initially issued a statement firing back at Roberts, which said that the chief justice was intentionally taking Schumer's comments out of context while also accusing Roberts of bias. "Justice Roberts does not just call balls and strikes," the statement said.

He later issued a soft apology on the Senate floor, saying, "I shouldn’t have used the words I did."

"In a better world, this episode would mark the end of Chuck Schumer’s political career," it says. "But even in America in 2020, it should be a permanent blot on Schumer’s record. We therefore strongly support a resolution to censure Schumer on the Senate floor."

The letter also calls Schumer's comments a threat that "is unprecedented in the history of our nation." It compares the minority leader's words with Trump's calls for Justices Sotomayor and Ginsburg to recuse themselves from cases related to his administration and former President Barack Obama's comments about the high court's ruling in Citizen's United during a State of the Union Address with six justices in attendance, saying that neither was nearly as bad as what Schumer said.

"There is simply no parallel to Schumer’s threat, which he directed to two justices by name," the letter says.