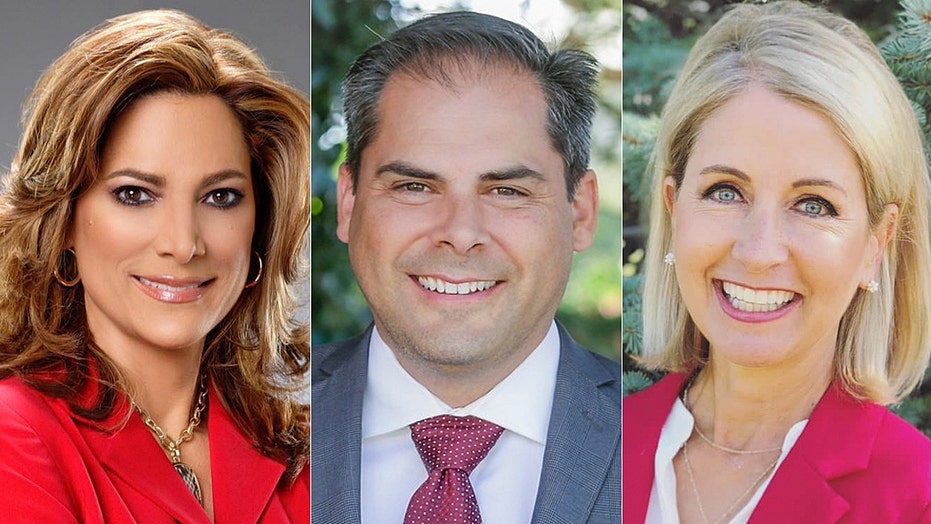 Special election winner Mike Garcia joins 'The Next Revolution' after flipping his district from blue to red.

As Republicans bask in the success of victories in two recent House special elections and seek to turn the wins into momentum to potentially take back the chamber in November, conservative groups are contributing to what is a historically diverse field of Republican House candidates, with record numbers of women and minorities running in 2020.

To date, more than 180 minorities have filed to run for the House of Representatives as Republicans, according to The New York Times, and over 200 women have filed nationwide, according to the Rutgers Center for American Women and Politics (CAWP).

The number of women in particular blows away past marks for the Republican Party, which saw 120 women file to run in 2018 and a previous record of 133 women run in 2010, per CAWP. Republicans have put a premium on recruiting women and minorities to run in the kind of suburban districts that Democrats dominated during the 2018 elections on their way to a House majority. 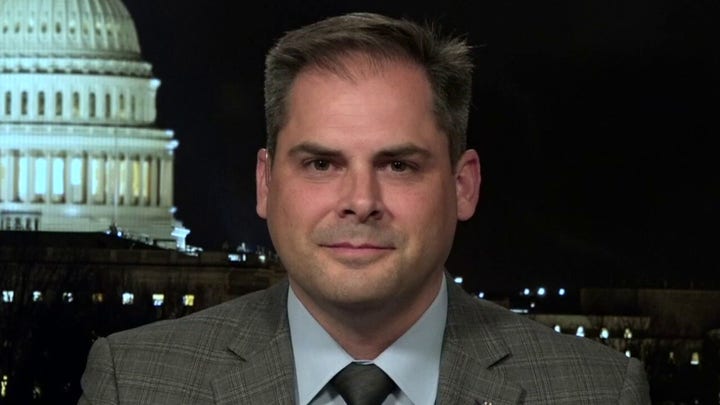 "The suburbs will be won on Republicans’ ability to put forward strong candidates, with compelling stories and diverse backgrounds that can turn an otherwise competitive seat into a sure bet," Congressional Leadership Fund (CLF) President Dan Conston said in a statement to Fox News. "Republicans have recognized we can’t just keep running the same types of candidates and expect different results. The House recruits are the best in a decade, and are putting the seats we need to win back the Majority on the map in a big way."

CLF is a super PAC that works to boost Republican House candidates. The National Republican Congressional Committee, the House Republicans' official campaign arm, has also made clear efforts to promote a diverse slate of candidates.

The organization's "Young Guns" program boosts serious candidates in "the most competitive congressional seats." After the addition of a batch of candidates to the program on Wednesday, the "Young Guns" includes 12 women and six minorities out of 22 candidates. Among them is Rep. Mike Garcia, R-Calif., a Hispanic former Navy pilot who in a special election recently flipped the seat previously held by former Rep. Katie Hill, D-Calif., from blue to red.

BIDEN SAYS HE HOPES TO ANNOUNCE VP PICK AROUND THIS DATE

He'll have to defend it in November.

Other groups boosting Republican women and minorities in House races include Winning for Women Action Fund (WFW), a super PAC dedicated exclusively to electing Republican women to the House of Representatives, and FreedomWorks For America (FFA), a libertarian-leaning group that often finds itself at odds with CLF-types, but is taking a similar tack when it comes to which candidates it is boosting in 2020.

WFW, according to a spokesperson, is trying to change the narrative behind what a Republican congressional candidate looks like.

"Congress should look like and reflect the country. Women want to hear from people who they can relate to and who will advance an agenda that works for them and their families," a WFW spokesperson told Fox News. "AOC and Nancy Pelosi don't represent all women. The record-number of conservative women running for office this cycle are proof of that. Republican women in Congress are currently underrepresented, but not for long."

FFA, for its part, has endorsed 16 total non-incumbents for House and Senate seats, including 10 women. The super PAC told Fox News it is looking to spend a total of about $2 million this election cycle. The candidates FFA is backing include Amanda Makki, who is running in Florida's 13th Congressional District, Rosemary Becchi in New Jersey's 7th and Mary Miller in Illinois' 5th.

In an interview with Fox News, Miller emphasized that her conservative values and her support for President Trump are the cornerstones of her campaign, but also said she hopes younger women will see her running for office and reject the idea that the Democratic party is the sole party of women's issues.

Freedomworks Policy Director Sarah Anderson and Press Secretary Peter Vicenzi, in an interview with Fox News, also mentioned that having a woman running as a Republican takes a certain set of talking points away from Democrats. Freedomworks is a 501(c)(4) connected to the FFA super PAC.

"It takes away a lot of their messaging, just right off the bat," Vicenzi said.

"Yeah, because their messaging is not true," Anderson interjected. "It's great [Republican women] are standing up to counter these falsehoods."

To be sure, the vast majority of Republican candidates for the House are still men, with nearly 800 total GOP candidates filing paperwork to run nationwide in just 2019. But the concerted effort to support female and minority candidates who these right-leaning groups believe would be strong members of Congress shows that many in the GOP feel it is important to break the stereotype of Republicans as old, white men.

But Caitlin Legacki, the communications director for the House Majority PAC -- a Democratic counterpart to the CLF -- says that Republicans will fail to get votes from women unless they change their policies on a variety of issues.

"Republicans consistently oppose policies like paid leave, equal pay, higher minimum wage and access to affordable health care -- issues that are critically important to creating opportunity for women and families," Legacki said in a statement to Fox News. "Every cycle, Republicans say they want to close the gender gap and elect more women but never actually do anything to address the substance of these problems. Until Republicans fundamentally change their approach to women, it's all just lipstick on a pig."

Former Univision host Maria Salazar, who is running as a Republican in Florida's 27th Congressional District for a second time, is instead banking that what will get votes from her constituents is making clear she is ready to fight what she calls the Democrats' "socialist" agenda.

REPUBLICAN CHALLENGER FOR OCASIO-CORTEZ'S SEAT DROPS OUT OF RACE

"Being a war correspondent, and seeing how the Salvadorians and the Nicaraguans and the Hondurans were fighting Marxist guerillas being fed by Fidel Castro gives me a very particular perspective on what socialism and Marxism bring to people," she said in an interview with Fox News. "And that's exactly why I'm running, because I do not want that socialist agenda to be ruling my kids' life."

In her time as a journalist, Salazar got the chance to interview former Cuban strongman Fidel Castro, and says sitting down with Castro was "facing the Devil."

"It's the only time in my life where I can say to you that I really met Satan. And you feel it, you see it, you smell it. You had the pure devil in front of you. Fidel was Satan and you could see through his energy that you were in front of a very dark force," she said.

Back stateside, Salazar criticized Democrats on their embrace of democratic socialism and said Republicans need to frame their messaging to show that their policies are the ones that will best help everyday Americans.

"Anything that is called socialist is a bad word, because there is no such thing as democratic socialism," Salazar said. "The Democrats and the socialists do not have a monopoly on compassion. The Republican conservatives also have compassion for those Americans that have not had the same opportunities for studying and for having a better job or being able to have a better living."

Salazar also says that her decades on television as a reporter for the Hispanic community give her name recognition and credibility with voters, even if they may be suspicious of her party affiliation.

FFA has endorsed Salazar, who is running in Florida's majority-Hispanic 27th Congressional District against incumbent Democratic Rep. Donna Shalala, and is making an effort to reach those voters in their -- and Salazar's -- native language.

"We're trying to do as much Spanish-language stuff as we can to kind of help her from the outside," Colby Bledsoe, Freedomworks' director of campaigns, told Fox News.

Shalala, however, beat Salazar by six points in the 2018 election and says she's the candidate who best represents women -- she's touted her endorsement by the National Organization for Women PAC.

"I’m proud that today, the National Organization for Women PAC has endorsed our re-election campaign," she tweeted in February. "I’ve spent my life defending women’s health care, fighting for equal pay, and advocating for domestic violence victims. I look forward to continuing that fight in 2020 and beyond."

The Republican Main Street Partnership PAC is another conservative group that's putting significant effort into backing a diverse slate of GOP candidates. Their endorsees include Salazar; Makki, who is of Persian heritage; Nicole Malliotakis, whose parents are Greek and Cuban and is running in New York's 11th District; and Chele Farley, a graduate of Stanford's engineering school who worked for Goldman Sachs, who is running in New York's 18th District.

The group's president and CEO, Sarah Chamberlain, told Fox News that women's issues aren't just things like equal pay and abortion, but socialism, taxes, trade and everything else.

"Every single issue is a women's issue, and I think it's wrong for Democrats to pigeonhole us," she said. "As a woman, I find that offensive."