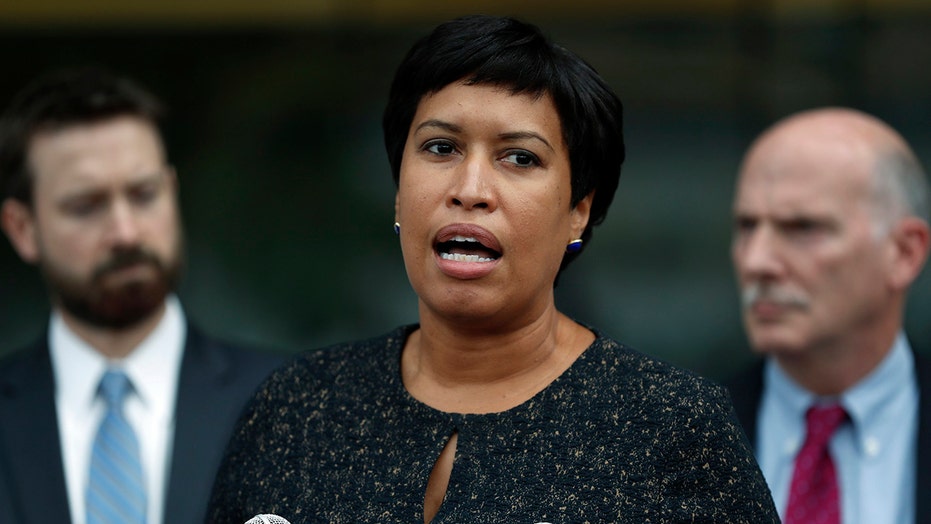 Conservative watchdog group Judicial Watch has asked Mayor Muriel Bowser for permission to paint its own message on Washington, D.C., streets, after the mayor allowed “Black Lives Matter” to be painted on a road leading to the White House before “Defund The Police” was added by protesters.

Judicial Watch asked Bowser and D.C. Attorney General Karl Racine for permission to paint “Because No One is Above the Law!” on a Capitol Hill street.

“Mayor Bowser made a decision to turn D.C. streets into a forum for public expression. Judicial Watch seeks equal access to use this new forum to educate Americans by painting our organization’s motto and motivation, ‘Because No One Is Above the Law!,’ on a Capitol Hill street,” Judicial Watch President Tom Fitton said in a statement.

The conservative group said it is prepared to sue, if their request is denied, on the basis of “viewpoint discrimination.”

“This rule of law message is timely, as it is a reminder that rule of law applies to – and protects – all Americans," Fitton said. "If we are unlawfully denied access and face viewpoint discrimination, we are prepared to go to court to vindicate our First Amendment rights.”

D.C.’s liberal mayor had "Black Lives Matter" painted in bright yellow letters on the street that runs into the White House amid the ongoing protests against police brutality and racial injustice in the wake of the death of George Floyd in Minneapolis last month. Floyd died in police custody on May 25 after a police officer kneeled on his neck for more than 8 minutes.

Bowser is under pressure to reduce funding for the city's police and reinvest that money elsewhere. The local chapter of Black Lives Matter derided Bowser's widely publicized move to paint Black Lives Matter across one of the streets near the White House.

“This is performative and a distraction from her active counter organizing to our demands to decrease the police budget and invest in the community,” it said on Twitter.

Some protesters added a new message onto the street on Saturday night. Images from 16th Street in the nation's capital now show a smaller "Defund The Police" message attached to the "Black Lives Matter" one.

The section of the street that runs into Lafayette Square, which became the site of controversy after police cleared the park with smoke canisters, rubber bullets and flash bangs prior to President Trump's trip to St. John's Church last week, was renamed Black Lives Matter Plaza by Bowser two days ago.