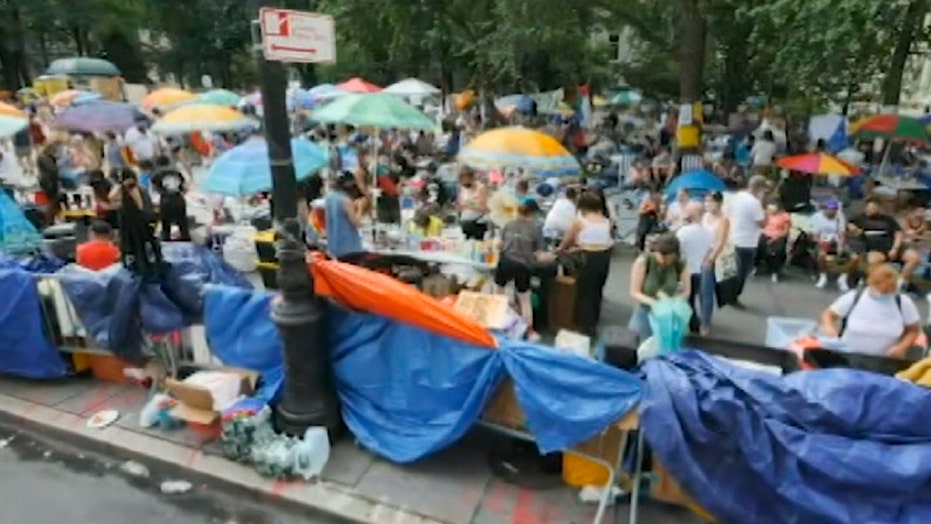 Protests for police reform, racial injustice continue to spread across the US

The Connecticut House of Representatives passed a police reform bill Friday after an all-night debate that would reduce legal immunity protections for officers.

The House voted 86-58 in favor of the legislation, which is now pending in the state Senate.

The legislation would call for a reform of police practices and training – which states across the nation have been weighing in recent weeks in the wake of the killing of Minneapolis man George Floyd while in police custody in May.

The bill also includes the appointment of a new inspector general who would be tasked with probing police use-of-force cases, periodic mental health screenings for officers, limits on circumstances on which deadly use of force is justified, and mandatory body cameras for all state and local officers. The bill also includes mandatory training for officers on implicit bias.

The section that prompted hours of overnight debate was a change to state law that would allow civil lawsuits against police officers when they violate an individual’s civil rights. Under the legislation, officers would not be allowed to claim government immunity as a defense to the lawsuits, unless they had an “objectively good faith belief” that the conduct did not violate the law.

According to the bill, municipalities and police departments, not police officers, would have to pay legal awards, but officers would be held personally liable if their conduct was found to be “malicious, wanton or willful.”

That provision in the legislation was opposed by police and municipal leaders, who have said it would prompt officers to resign or retire early, while also deterring future police officers from joining the force.

Republican lawmakers also opposed that provision, but an amendment to it failed on a tie vote.

The legislation would also limit the use of chokeholds and other restraints that could impair breathing to situations only where officers believe they are necessary to protect themselves from the use of deadly force.

The bill also requires officers to intervene if they see other officers using excessive force, and requires that they report any misconduct to supervisors.

Cuomo also signed an executive order last month that withheld funds from police departments that were not directed toward reforms. The order required police departments across the state to work with communities to enact further reforms.

The reforms come amid protests across the nation after Floyd’s death. Some of the protests, dedicated to police brutality, shifted to a movement to “defund the police.”