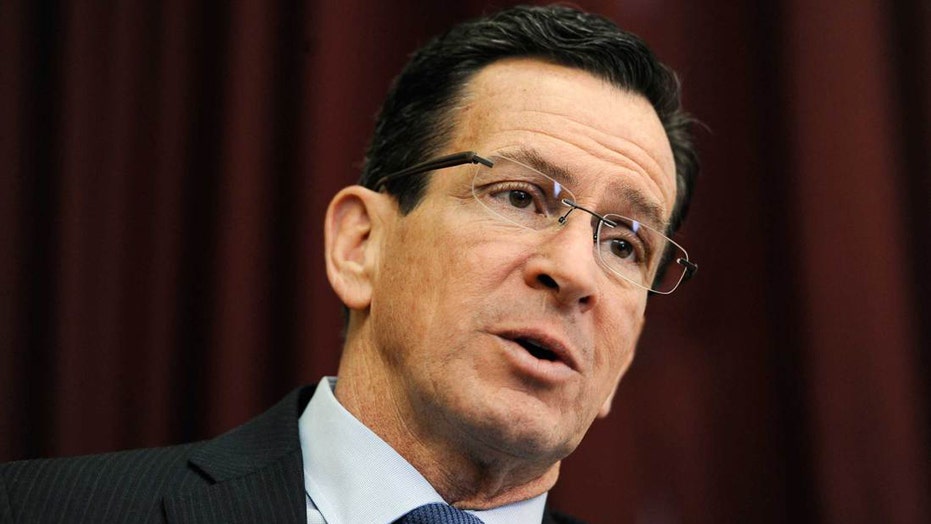 Malloy said state officials are working with the federal government to get access to the lists.

"If you cannot fly due to being on a government watch list, you should not be able to purchase a firearm while on that watch list as well," Malloy told reporters at the state Capitol. "This is basic common sense. The American people get it."

The Democratic governor and the state legislature previously enacted gun limits that expanded the state’s assault weapons ban and barred the possession and sale of large-capacity ammunition magazines following the Sandy Hook massacre in 2012.

State Police now perform background checks on those seeking permits to purchase guns in Connecticut. Malloy’s proposed order will require State Police to cross-reference the names of those seeking firearm permits with no-fly lists. Permits would be revoked for those who already have them but are found on watch lists.

Malloy said those denied a gun permit may be appeal to a firearm review board.

"No one wants terrorists to get guns, but the governor is trying to unilaterally deny American citizens their constitutional right to keep and bear arms without due process," said Rep. Mike France of Ledyard.

Malloy claimed that his executive order is the first in the U.S. But the Associated Press noted that New Jersey Gov. Chris Christie and the New Jersey legislature enacted 10-gun related bills in 2013, including a measure disqualifying people on the federal terrorist watch list from being able to buy guns.

Christie, a Republican, said at the time he signed the measure because federal authorities ensure accuracy in the no-fly list.

President Barack Obama has called on Congress to approve legislation to keep people on the no-fly list from buying guns. Gun rights advocates oppose the proposal because they say it violates the rights of people who have not been convicted of a crime.

Malloy said he is responding to the terrorist attacks in Paris that killed 130 people and in San Bernardino, California, that left 14 people dead. He said the Republican-led Congress has failed to act.

State officials will determine the "appropriate lists" to be included, whether they are no-fly lists or "some kind of combination of those who should not have weapons," Malloy said.