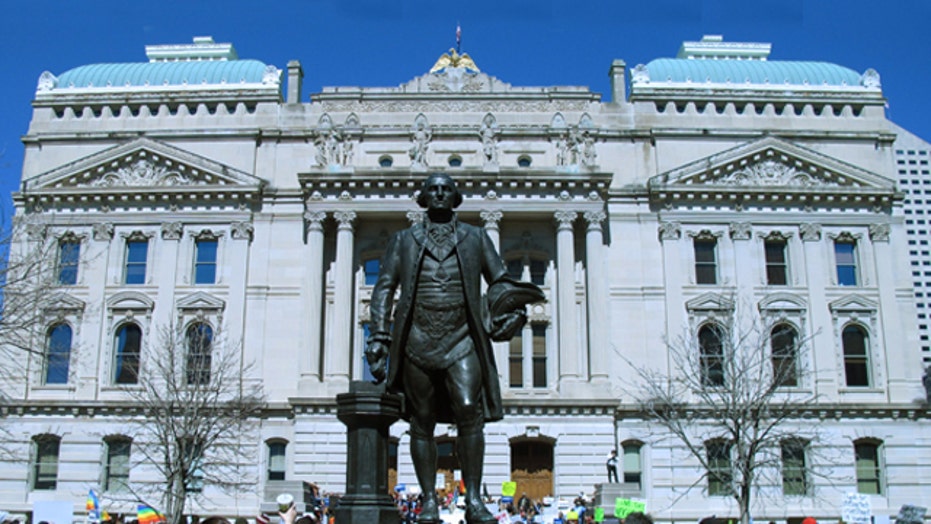 Gov. Mike Pence defends the law saying it's designed to protect people from being forced to do something that goes against their beliefs

Connecticut Democratic Gov. Dannel Malloy may have found himself in a pot-meets-kettle situation after issuing an order that could ban state-funded travel to Indiana over its religious freedom law -- despite Connecticut having a similar law on the books.

Malloy, with his statement on Monday, joined the Washington governor and Seattle mayor in issuing official travel bans in response to Indiana's law, which critics say could give businesses a license to discriminate based on sexual orientation.

"We cannot sit idly by and do nothing while laws are enacted that will turn back the clock," Malloy said in a statement. He issued an order barring most state-funded travel to states "that create the grounds" for discrimination based on sexual orientation.

Left unsaid in Malloy's statement, however, was that Connecticut is one of 20 states with a similar religious freedom law.

The Connecticut statute says the state "shall not burden a person's exercise of religion."

Still, there are distinctions between Indiana's situation and Connecticut's -- namely, that Indiana's law explicitly allows businesses to assert a right to the "free exercise of religion," and that Indiana does not already have a law that prohibits discrimination based on sexual orientation.

Connecticut does have such a law, and Malloy stressed that difference in his statement on Monday.

"Nearly two decades ago, Connecticut was among the first states that passed a comprehensive anti-discrimination law concerning sexual orientation, and three years ago I enthusiastically signed a law adding gender identity and expression to those statutes," he said, calling for the travel ban on states that have a religious freedom law but do not also bar discrimination for certain classes of citizens.

"With this action, we stand by our LBGT family members, friends and colleagues to ensure that their rights are respected," Cuomo said in a statement. New York does not have a religious freedom law.

Indiana Gov. Mike Pence, meanwhile, told Fox News on Tuesday that he would work to clarify the law to make sure it does not give a "license to discriminate." He said that was never the intent.