June 2: A Hezbollah supporter holds up a poster of Hezbollah leader Sheik Hassan Nasrallah as he protests with others along the Lebanese-Israeli border in southern Lebanon. (AP)

Iran-tied terror group Hezbollah may be colluding with drug cartels along the U.S.-Mexico border, a Republican congresswoman warned, calling on Homeland Security Secretary Janet Napolitano to establish a special task force to figure out how to "clamp down" on this "national security" threat.

The Lebanon-based group has long-standing and documented ties to South America and its drug gangs, but reports have recently surfaced that it may be expanding its influence to Mexico and the U.S. border.

In her letter to Napolitano, Rep. Sue Myrick, R-N.C., called on Homeland Security to find out and report more on the extent of the problem. She cited several troubling developments that would point to Hezbollah creeping closer to and inside the United States, with the help of Mexican drug gangs.

"It is vital we know what is happening on our border, especially as crime and violence continue to rise there and as terrorist plots and threats are increasing inside the U.S.," she wrote.

Myrick outlined a complex set of potential threats and evidence of their existence. She said "Iranian agents and members of Hezbollah" are thought to be learning Spanish in Hugo Chavez-run Venezuela before trying to obtain false documents to enter the United States as purported Mexicans. She said Hezbollah, known for its tunnel-digging skill, could be receiving drug money from cartel operations in exchange for help forging better tunnels across the U.S. border for trafficking.

She said gang members in prisons in the American southwest are starting to show up with tattoos in Farsi, implying a "Persian influence that can likely be traced back to Iran and its proxy army, Hezbollah."

FoxNews.com has reached out to the Department of Homeland Security for comment on the numerous claims.

Myrick cited the opinions and findings of former intelligence officials and others in her detailed letter. One of them was a "high-ranking Mexican Army officer" whom she said believes Hezbollah could be training Mexican drug cartels to make bombs.

"This might lead to Israel-like car bombings of Mexican/USA border personnel or National Guard units," she wrote.

At a minimum, Hezbollah has a foothold in South America, according to official reports.

Anthony Placido, assistant administrator for intelligence at the Drug Enforcement Administration, told a House Oversight and Government Reform subcommittee in March that the "drug and terrorism nexus" is strongest in the region where the borders of Brazil, Argentina and Paraguay meet. He said drugs from this region, which are cheaper than in other hot spots, "can be resold in other countries for large profits desired by those seeking funds to further terrorist activity such as Hezbollah."

He said some drug traffickers in the region have ties to the Lebanese terror group and have since the late 1980s or early 1990s.

"There are numerous reports of cocaine proceeds entering the coffers of Islamic Radical Groups such as Hezbollah and Hamas," he said, calling it "easy revenue" that can be used for terror attacks.

A 2006 House Homeland Security Committee report further noted that Hezbollah members have already been caught entering the United States via Mexico, suggesting expanded activity. The report cited as one example the case of Mahmoud Youssef Kourani, the brother of a Hezbollah chief, who in 2005 pleaded guilty to providing material support to Hezbollah after being smuggled across the U.S.-Mexico border and settling in Dearborn, Mich. 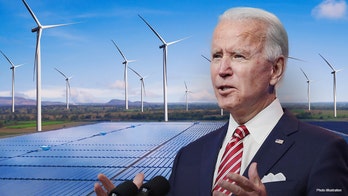