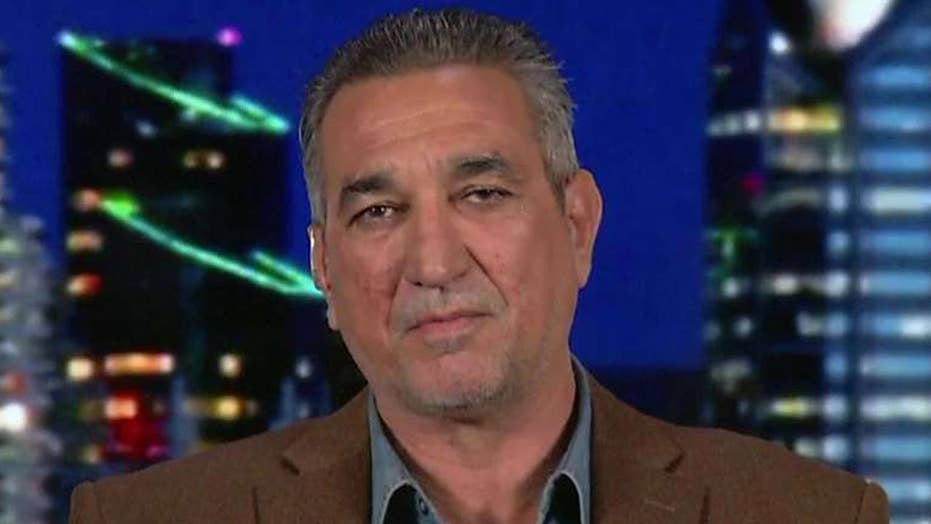 Interpreter who worked with Chris Kyle shares his message to demonstrators

A group of six bipartisan congressmen have asked President Donald Trump to exempt Iraqi military aides and interpreters who served with U.S. troops from his "extreme vetting" executive order.

"These allies risked their own lives, as well as the well-being of their families, to advance America’s security interests," the letter read in part. "We encourage you to make special consideration in the review process for these individuals, who are certain to face threats to their own lives as part of the broader pause in refugee and immigrant admissions."

The executive order, which Trump signed Friday, suspends the issuing of visas to citizens of seven predominantly Muslim countries, including Iraq, for 90 days.

Earlier Monday, Pentagon spokesman Capt. Jeff Davis told reporters that the Defense Department would submit names of Iraqis that have aided U.S. forces in action against Al Qaeda and ISIS.

Davis did not say whether Defense Secretary James Mattis was consulted before Trump signed it. He added that the Pentagon was still "assessing" any impact the executive order would have on U.S. service members.