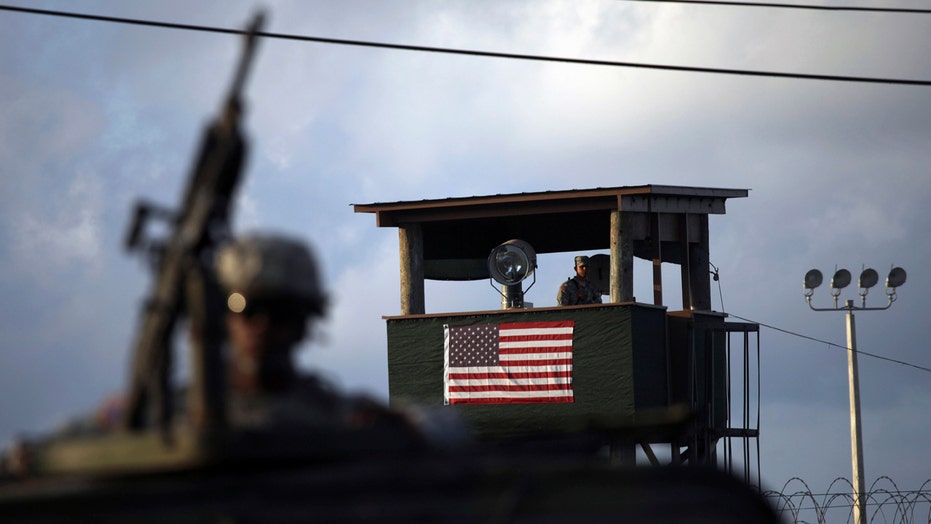 Obama to unveil plan to close prison at Gitmo

Congress passed a $607 billion defense policy bill Tuesday that bans moving Guantanamo Bay detainees to the United States -- something Barack Obama has been trying to do since he was sworn in as president.

The Senate's 91-to-3 vote gave final legislative approval to the measure. The House overwhelmingly passed it last week, 370-58.

Obama does not like the Guantanamo provisions, but so far has not threatened to veto it. The House and Senate votes suggest that should he veto the legislation, both chambers would be able to muster the two-thirds majorities needed to override it, an embarrassing blow presidents usually try to avoid.

Obama vetoed an earlier version of the defense policy bill over a dispute, later resolved, about whether defense spending increases should be accompanied by boosts in domestic programs.

Among other things, the bill would:

--Provide a 1.3 percent pay increase to service members and a new retirement option for troops.

--Extend a ban on torture to the CIA.

"We all know the unfortunate and unnecessary roadblocks the defense authorization bill has faced this year. We all know that the president decided to veto the version of this bill we passed last month," said Senate Majority Leader Mitch McConnell, R-Ky.

"We look forward to the president signing the bipartisan bill -- along with its restrictions against bringing terrorists into the United States -- into law," he said.

The legislation has become a lightning rod for debate over whether the president needs congressional approval to move some of the remaining 112 detainees from the U.S. detention center in Cuba to the United States, or if he could do it with an executive order.

Congress has repeatedly thwarted Obama's effort to fulfill a 2008 campaign promise and close the military prison.

A Pentagon report expected as early as this week identifies prisons in Colorado, Kansas and South Carolina where Guantanamo detainees could possibly be housed so the military prison in Cuba could be shut down. That has raised the ire of lawmakers, especially those from the three states.

White House press secretary Josh Earnest hinted last week that the president might use his executive authority to close the prison. On Monday, Earnest said the White House is focused on working with Congress to shut down Guantanamo, but he left the door open on the president taking executive action.

"I'm not aware of any ongoing effort to devise a strategy using only the president's executive authority to accomplish this goal," Earnest said. "But I certainly wouldn't, as I mentioned last week, take that option off the table."