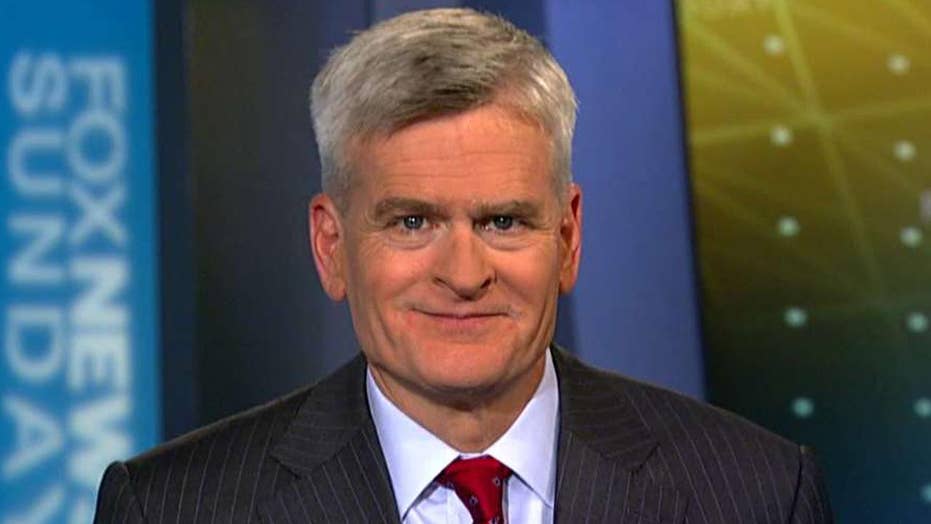 Louisiana senator on Senate's priorities as it returns from recess

Congress returns from its July 4 recess Monday with Republicans hard-pressed to accomplish a number of legislative goals in short order — and their top-priority, a health care bill, in jeopardy of collapsing.

Sen. Bill Cassidy, R-La., sounded a dire note Sunday about the passage of any plan the GOP-controlled Senate has in the works to repeal and replace ObamaCare.

CONGRESSIONAL LEADERS MUST WORK THE MARGINS TO PASS KEY LEGISLATION 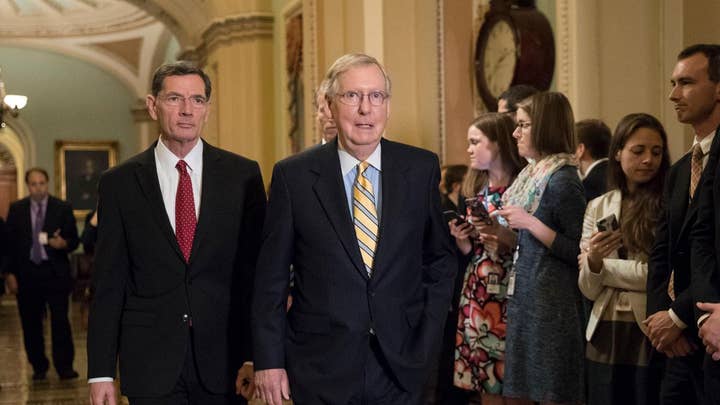 Even Senate Majority Leader Mitch McConnell, R-Ky., suggested over the recess that he might need bipartisan help to fix parts of ObamaCare if he cannot craft an major overhaul bill that will get support from at least 50 of his 52 senators.

Meanwhile, Congress has other pressing issues, including passing tax reform, spending bills and a budget before the September 30 deadline for the federal government to technically run out of money. 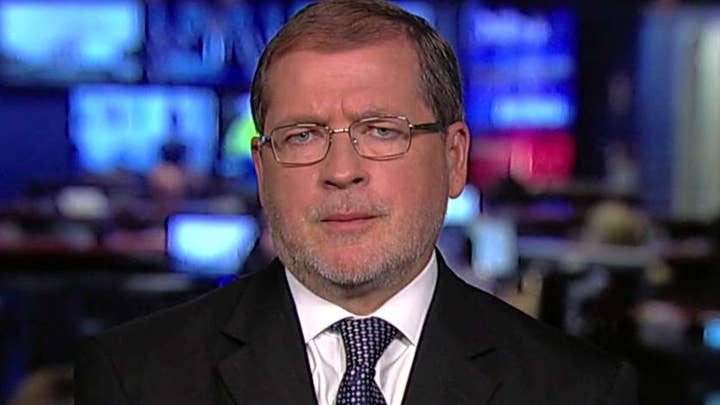 And with lawmakers having just three weeks of work before an August recess, some Republicans are suggesting cancelling or at least shortening the break.

The House in May passed its own plan to replace ObamaCare as the 2010 health care law continues to falter under rising premium costs while offering Americans few policy options.

McConnell is struggling to find GOP votes for a similar package that would replace the Affordable Care Act — ObamaCare's official name — with one easing insurance coverage requirements, cutting Medicaid, erasing penalties on people not buying insurance and repealing tax increases on the well-off.

He called off a pre-recess vote on the measure -- which he'd written privately -- as it became clear it would lose. Whether Democrats would help fix the law is unclear. They acknowledge changes are needed but say they won’t participate in a full repeal-and-replace effort.

A vote is expected no earlier than the week of July 16.

“I don't think it's in half as much trouble as the media wanted to be in,” he told “Fox News Sunday.” If anyone can get it done, Mitch McConnell, President Trump working together with a Senate can. … Whether it'd be before August recess or during August recess, the president expects the Senate to fulfill the promises it made to the American people.” 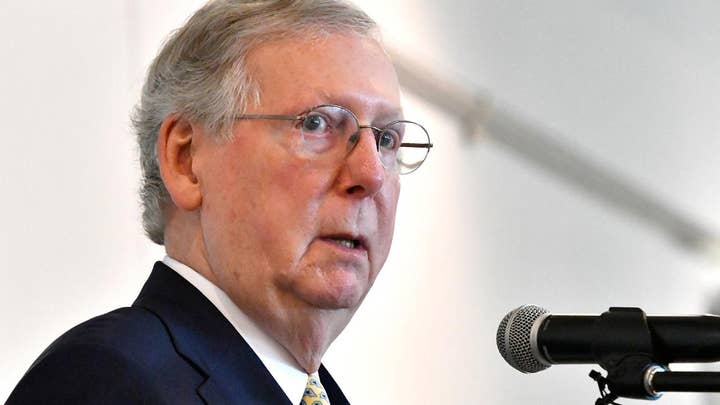 And Trump tweeted later in the day: "For years, even as a 'civilian,' I listened as Republicans pushed the Repeal and Replace of ObamaCare. Now they finally have their chance!"

Meanwhile, none of the 12 annual spending bills financing federal agencies is finished, and disagreements have slowed work on a tax overhaul. And no one knows what bargains will be needed to assure autumn passage of a bill extending government borrowing authority and avoiding a crushing federal default.

House Speaker Paul Ryan, R-Wis., told reporters Friday that he'd "prefer" to pass the budget in July, suggesting it might linger until fall, adding to Congress' late-year mountain of work.

Some conservatives, meanwhile, want to include measures to cut spending as part of any extension of the government's borrowing authority.

But Treasury Secretary Steven Mnuchin reiterated Sunday on ABC's "This Week" that the administration prefers a straightforward extension, without including contentious agreements on spending cuts.

Defense hawks have scoffed at Trump's proposed 2018 military budget as insufficient and are adding billions more.

The House is slated to vote this week on a sweeping policy bill that takes issue with Trump's proposed trim to missile defense spending as North Korea pushes its development of weapons capable of striking the United States.

The defense bill would provide $696 billion for the Pentagon. It has $28.5 billion more for core Pentagon operations than Trump requested, including an additional $2.5 billion for programs aimed at shielding the homeland from missiles. There's extra money for new jet fighters, ships and additional active duty troops.

And a Senate panel this week holds a confirmation this hearing on Trump's choice to replace ousted FBI Director James Comey.

Trump fired Comey in May as the FBI investigation into Russian meddling in the presidential election pressed on. Members of the Judiciary Committee are certain to press Wray on how independent he would be from Trump.