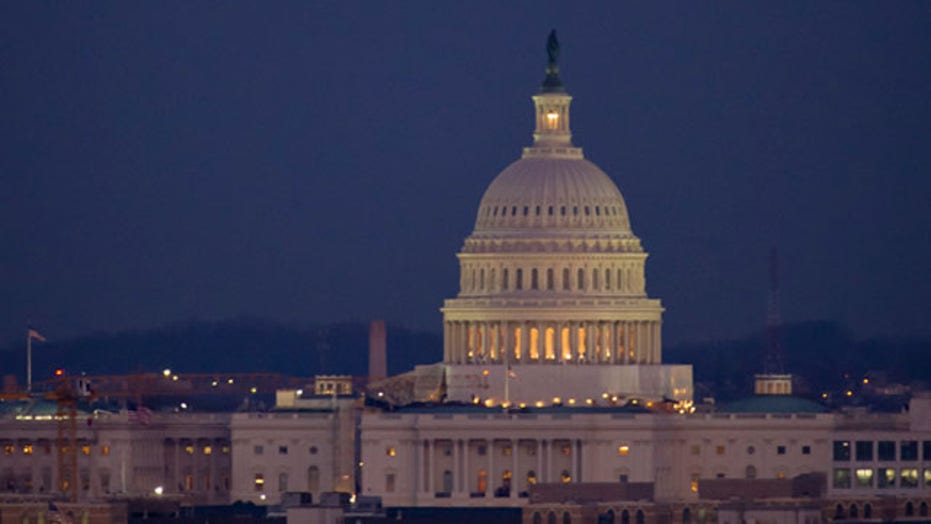 Looking ahead the next two years in Congress, 2016

After an extended election-season break, Congress returns to Washington this week with a list of unresolved issues, including passage of a temporary spending bill and whether to approve President Obama’s request for more money to fight the Islamic State group.

House and Senate appropriations committees will try to agree on an omnibus spending bill that would keep the federal government running beyond Dec. 11, with little chance either party will fail to negotiate and force a hugely unpopular, partial-government shutdown.

Congress in September granted Obama temporary authorization to arm and train Syrian forces in the U.S.-led coalition fight against ruthless militants of the Islamic State, also known as ISIS or ISIL, who have taken over parts of Syria and Iraq. The authorization, however, expires in early December.

Still, the larger, looming issue is how lawmakers will play out the final days of the so-called lame duck session, in which Democrats have control of the Senate only until year’s end. Earlier this week, Republicans seized control of the Senate for the first time in eight years while increasing their majority in the House.

Obama likely would have a better chance of getting Attorney General nominee Loretta Lynch confirmed in the Senate while his party still controls the chamber, but it remains unclear whether Senate Democrats will try to complete the confirmation process in the upcoming weeks.

The Senate has not confirmed an attorney general during a lame-duck, post-election session since 1906, Wyoming GOP Sen. John Barrasso told “Fox News Sunday.”

“The attorney general of the United States is a very consequential position,” he said.

“I think it would be in the best interest of the country and the Congress to wait and do this next year,” he told CNN’s “State of the Union.” “Loretta Lynch will get fair consideration, but there’s a process.”

Another top priority will be whether to extend 55 expiring corporate tax breaks, known as “extenders,” which were extended at the end of last year and are expected to be extended again.

The issue of immigration reform remains a top priority for both parties, as the 2016 presidential election come into fuller view.

House Speaker John Boehner has indicated that the chamber has no immediate plans to vote on reform, though he said after the elections Tuesday that “it is just time to deal with” the issue.

Obama over the past several days has turned up the heat on House Republicans, saying he’s tired of waiting for them and will move forward with his promise to use executive actions to change U.S. immigration law.

Boehner has responded by saying there will be “no chance for immigration reform moving in this Congress” should Obama uses executive action.

Congress is scheduled to start work Wednesday, break for Thanksgiving, then resume working until Christmas break, for a total of 14 working days. The newly-elected Congress begins work after New Year’s.

On ISIS funding, the White House said Friday it will ask Congress to approve a new $5.6 billion plan to expand the U.S. mission in Iraq and send up to 1,500 more American troops to the war-torn nation.

The plan would boost the total number of American troops in Iraq to 3,100. There are now about 1,400 U.S. troops there, out of the 1,600 previously authorized.

Despite concerns about the United States getting involved in a prolonged effort that will eventually include combat troops, Congress is expected to complete the defense policy bill this session, reauthorize the use of U.S. military force and consider the administration's request for billions more for military operations overseas.

Still, lawmakers are pressing the White House for additional details on how the money would be spent.

“We're going to look specifically at how (Obama) wants the money spent,” Barrasso said. “But it's right that the president does come to Congress for the authorization of the use of military force.”

Rep. Howard P. "Buck" McKeon, R-Calif., the chairman of the House Armed Services Committee, said Friday that he has "long been concerned that the president has underfunded our combat operations against terrorists.”

He said he will give the funding request fair consideration, but added, "I remain concerned that the president's strategy to defeat (ISIS) is insufficient. I would urge the president to reconsider his strategy and clearly explain how this additional funding supports a new direction. Such clarity is more likely to find swift congressional approval."

Other key issues such as approval of the Keystone XL oil pipeline and attempts to repeal ObamaCare -- or at least parts of the law, including the medical device tax -- are not expected to be addressed until next year.

West Virginia GOP Sen.-elect Shelley Moore Capito said Sunday that she plans to address tax reform in the next session and that the Senate will have 65 votes to pass legislation to complete the pipeline, which will carry crude oil from Canada and several U.S. states to Gulf of Mexico refineries.