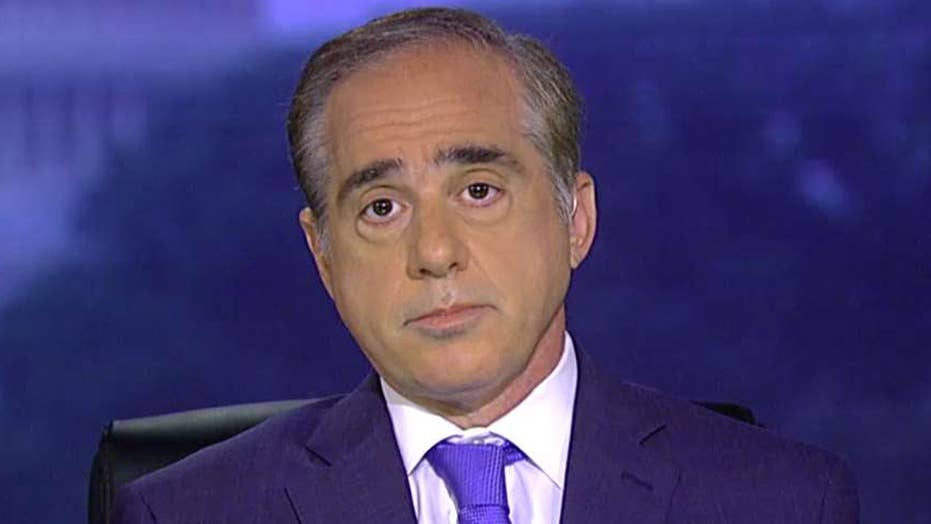 VA secretary speaks out on controversy on 'Fox & Friends'

Congress has given final legislative approval to a bill aimed at trimming a rapidly growing backlog of veterans' disability claims.

The House approved the bill when it met briefly Friday, sending the measure to President Donald Trump. The House is on recess, but a handful of lawmakers gaveled the chamber in and out of a session that lasted less than five minutes.

The veterans' bill cleared the Senate Aug. 1. It would cut the time it takes for the Department of Veterans Affairs to handle appeals from veterans unhappy with their disability payouts.

The measure is part of an ongoing effort to reduce a longstanding claims backlog and is a priority for VA Secretary David Shulkin, who calls the appeals process "broken."