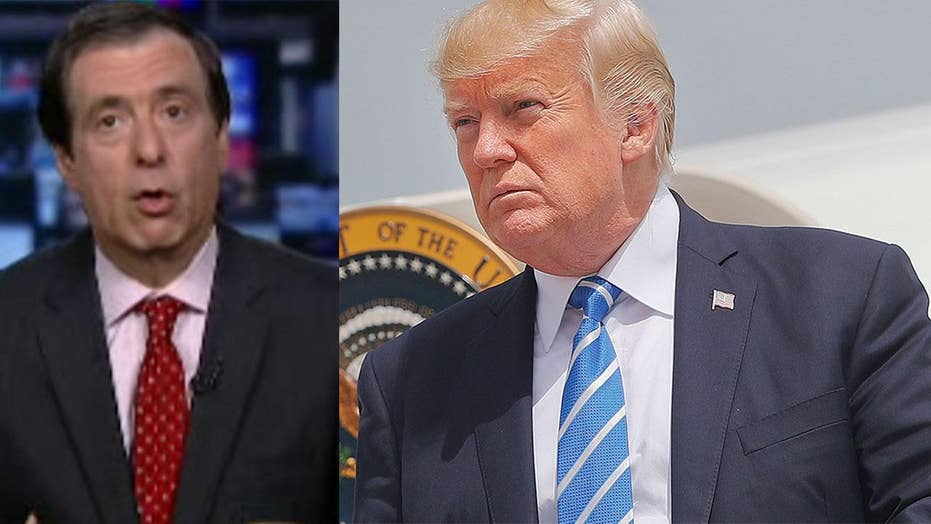 Kurtz: The Evolution of a President

The most striking passage in President Trump’s Afghanistan speech was not about sending troops or fighting terrorists.

It was about how he made the decision.

"My original instinct was to pull out-- and, historically, I like following my instincts,” Trump said. Both his supporters and detractors can agree that Trump is a gut player, and while that sometimes serves him well, it also gets him into trouble.

"But all my life I've heard that decisions are much different when you sit behind the desk in the Oval Office; in other words, when you’re president of the United States.” With that sentence, Trump acknowledged that campaign rhetoric and preconceived notions don’t matter much when you become commander-in-chief.

Every new president goes through a version of this adjustment to the real world from the simpler bromides of the campaign trail. But it may be more noticeable in Trump’s case because he rarely acknowledges that he has changed his position.

The Monday night address drew unusual praise from the mainstream media, with some pundits calling it his most presidential speech. He was, after all, dealing with matters of war and peace.

They were, in my view, welcoming not just the somber tone but the deliberative process that stretched over several months. As several tick-tocks done with the administration’s cooperation made clear, Trump was heavily influenced by his generals: Jim Mattis at Defense, H.R. McMaster at the NSC, and new chief of staff John Kelly.

The Pentagon wanted a bigger commitment of troops than the 4,000 that Trump, who didn’t specify a number, is expected to send. The recently departed Steve Bannon, warning of the lack of results in a 16-year quagmire, wanted to hire private mercenaries.

The tone of Trump’s speech made clear that he was choosing the least worst option available to him: “I share the American people’s frustration. I also share their frustration over a foreign policy that has spent too much time, energy, money, and most importantly lives, trying to rebuild countries in our own image, instead of pursuing our security interests above all other considerations.”

The truth is he wound up with an approach that is not dramatically different than Barack Obama’s. But that in itself is an evolution, given that he tweeted in 2013, “We should have a speedy withdrawal. Why should we keep wasting our money — rebuild the U.S.!”

Bannon’s Breitbart called the address a “flip-flop,” saying it was the first speech "since the departure of Chief Strategist Steve Bannon and confirmed the fears of many on the right that without a strong nationalist voice in the West Wing, the president would revert to the same old fare that Americans had voted to reject in November."

But the Washington Post said it “marks a new willingness to take greater ownership of a protracted conflict that he had long dismissed as a waste of time and resources.”

Yes, Trump also used the speech to try to repair some of the damage from Charlottesville: “Loyalty to our nation demands loyalty to one another. Love for America requires love for all of its people. When we open our hearts to patriotism, there is no room for prejudice, no place for bigotry, and no tolerance for hate.”

But last night in Phoenix, Trump spent roughly half an hour castigating the "dishonest" media as "sick people," insisting his remarks about Charlottesville had been ignored or distorted, reading them at length and basically relitigating the whole issue. And with that, he wiped his Afghanistan decision off the media radar just when he was starting to get some traction.