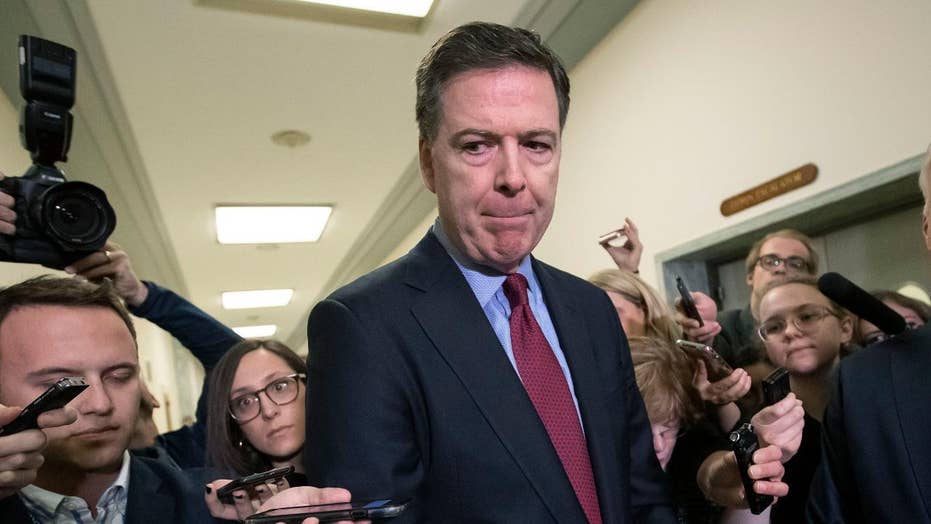 Former FBI Director James Comey claimed “I don’t know” or “I don’t remember” in response to dozens of questions concerning key details in the Russia probe, according to a lengthy transcript released Saturday of his closed-door interview with congressional lawmakers.

The former bureau boss frustrated GOP lawmakers during Friday’s session, in large part because his lawyers urged him not to answer numerous questions. Comey is expected to return later in the month for another round, though blasted Republicans on his way out for what he called a “desperate attempt to find anything that can be used to attack the institutions of justice investigating this president.”

But while Comey insisted in the interview that “we never investigated the Trump campaign for political purposes,” the transcript shows he claimed ignorance or memory lapses in response to questions concerning key details and events in the Russia investigation, which some GOP lawmakers continue to claim was improperly conducted.

The transcript reveals lawmakers’ frustration with his lack of specifics.

Asked if he recalled who drafted the FBI’s “initiation document” for the July 2016 Russia investigation, Comey said, “I do not.” He again claimed not to know when asked about the involvement in that initiation of Peter Strzok, whose anti-Trump texts later got him removed from the special counsel’s probe.

“I don't think that the FBI and special counsel want me answering questions that may relate to their investigation of Russian interference during 2016. And I worry that that would cross that line,”

The Comey appearance comes as Republicans try to probe deeper into the FBI’s handling of both the Russia case and Hillary Clinton email investigation, before Democrats take control of the House in January and likely shut down these lines of inquiry.

Comey was asked numerous questions as well about the handling of the Clinton case, acknowledging at times that certain aspects of it were “unusual” while defending other actions.

Comey initially challenged the subpoena to appear before the committees and instead pressed for a public hearing out of concern his comments would be selectively leaked and taken out of context. He eventually agreed to appear, with an arrangement for the transcript to be made public.