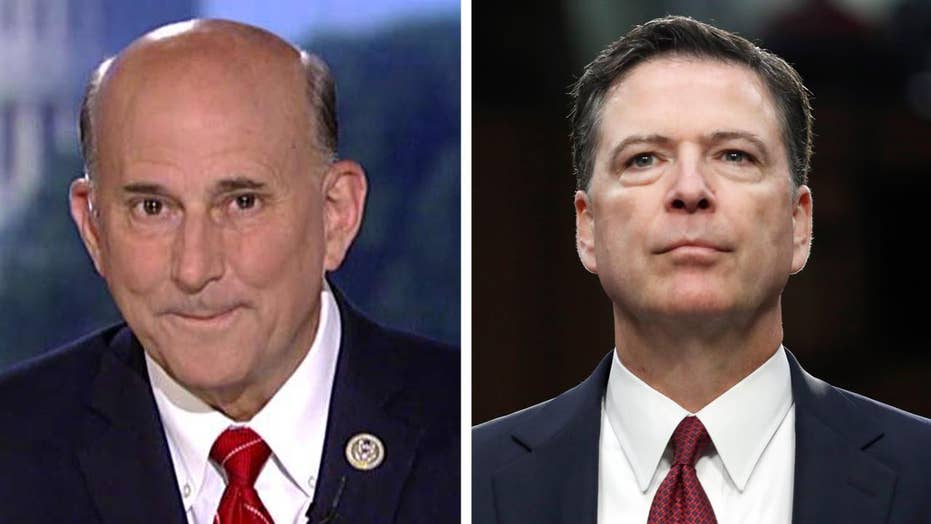 President Trump finally broke his silence Friday morning about James Comey's congressional testimony a day earlier, tweeting that he felt vindicated and emphasizing the former FBI director's admission that he leaked details of confidential conversations with the president to the press.

"Despite so many false statements and lies, total and complete vindication...and WOW, Comey is a leaker!" Trump tweeted.

The morning message was Trump's first comment -- aside from a statement from his personal lawyer Marc Kasowitz -- regarding Comey's stunning Thursday testimony before the Senate Intelligence Committee.

Trump had uncharacteristically not addressed Comey's allegations on Thursday, but his Friday comments came ahead of a scheduled joint news conference with Romanian President Klaus Iohannis in the Rose Garden.

Comey, who was fired by Trump on May 9, revealed during his testimony that he had a friend, later identified as Columbia University Law Professor Dan Richman, leak contents of his private memos to the media in hopes of prompting the "appointment of a special counsel."

Kasowitz was set to file a complaint with the Justice Department's Office of the Inspector General and send a letter of complaint to the Senate Judiciary Committee regarding Comey's testimony that he orchestrated the leak of the alleged contents of his one-on-one talks with Trump, a source close to the president's legal team told Fox News.

Two days after Comey was fired, The New York Times reported on a January conversation -- allegedly sourced from those Comey told about the encounter -- in which Comey claimed Trump asked him for his loyalty. Trump has vociferously denied he made such a request and tweeted the following day: "James Comey better hope that there are no 'tapes' of our conversations before he starts leaking to the press!"

Comey, in his Thursday testimony, said it was that tweet that prompted him to enlist Richman to help him leak memos he allegedly wrote about incidents involving Trump.

While Trump disputed key parts of Comey's testimony, his legal team also welcomed statements that he did not seek the shutdown of the broader Russia probe and that Trump was told he wasn't personally under investigation.