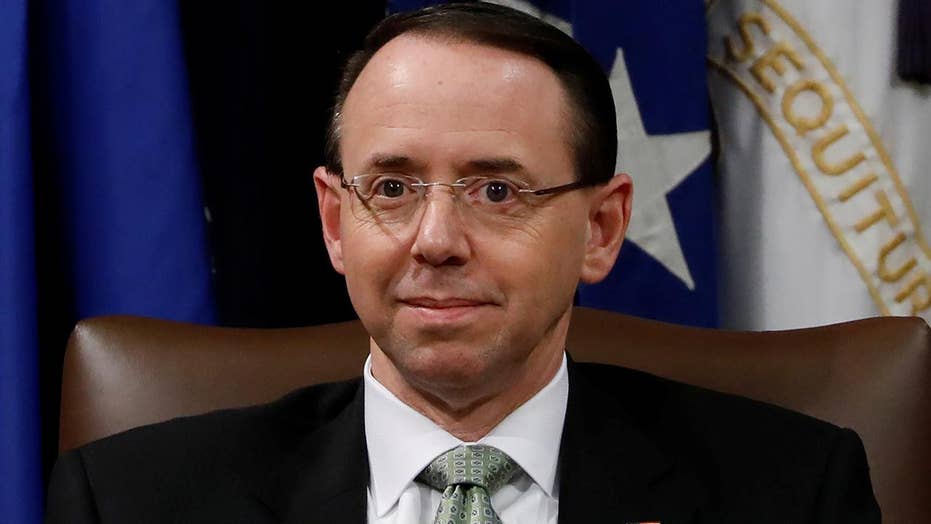 Deputy attorney general requests for more time on the memos.

The top Democrat on the House Judiciary Committee says Chairman Bob Goodlatte, R-Va., is poised to subpoena the Justice Department for former FBI Director James Comey’s memos, which the agency so far has failed to produce.

Rep. Jerrold Nadler, D-N.Y., warned such a move puts Deputy Attorney General Rod Rosenstein in jeopardy of being placed in contempt of Congress and the special counsel investigation of being shut down prematurely.

Nadler announced in a statement that Goodlatte informed him Wednesday that "he intends to issue a subpoena to the Department of Justice — in this case to Deputy Attorney General Rod Rosenstein."

A spokesperson for Goodlatte did not immediately return the Washington Examiner's request for confirmation.

The Justice Department also did not immediately return a request for comment.

Goodlatte was one of three committee chairmen who pressed the Justice Department to turn over the Comey memos. Comey, who was fired by President Trump in May 2017, testified before a congressional committee that he wrote memos detailing various conversations he had with Trump. In one memo, Comey claimed that the president pressured him to end the FBI’s investigation into former national security adviser Michael Flynn. In another, Comey recalled how Trump demanded loyalty from him.

The three chairmen, including House Oversight Committee Chairman Trey Gowdy, R-S.C., and House Intelligence Committee Chairman Devin Nunes, R-Calif., argued there is “no legal basis for withholding these materials from Congress" and set a Monday deadline for the DOJ to comply.