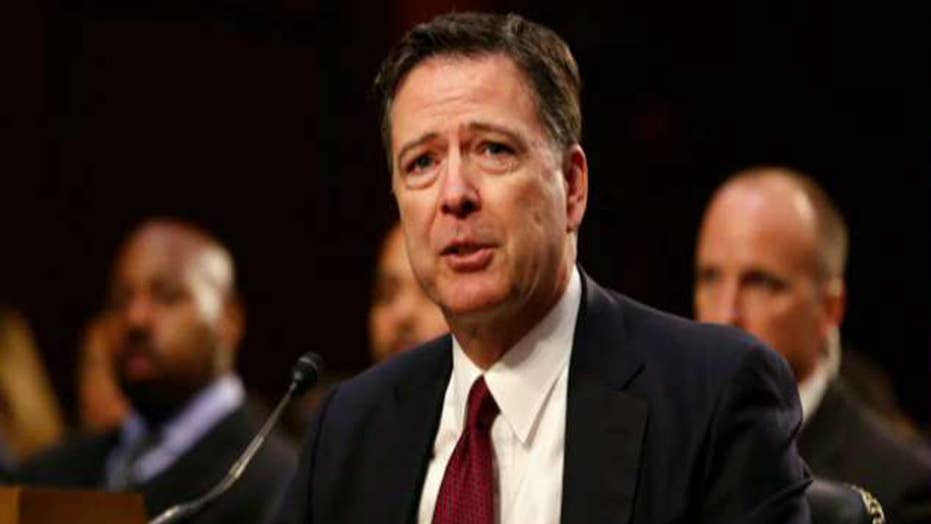 Following the release of his book, the former FBI director will sit down for an interview on 'Special Report.'

The fired FBI Director James Comey describes President Trump as "untethered to truth" and "ego-driven" in his explosive forthcoming book "A Higher Loyalty," according to excerpts obtained by The Associated Press and other news outlets Thursday.

In the book, which hits shelves April 17, Comey goes so far as to question the strength of Trump's marriage to his wife, Melania, after revealing that Trump asked him to investigate salacious allegations about his actions with Russian prostitutes.

"It bothered [President Trump] if there was 'even a one percent chance' his wife, Melania, thought it was true," Comey wrote,according to the New York Post. Later on, Comey mused: "In what kind of marriage, to what kind of man, does a spouse conclude there is only a 99 percent chance her husband didn’t do that?"

The claim was repeated in a dossier compiled by former British spy Christopher Steele and published by BuzzFeed News in January 2017, shortly before Trump's inauguration.

That wasn't the only personal jab at Trump: The AP reported that Comey, who stands 6-foot-8, described the president as shorter than he expected with a "too long" tie and "bright white half-moons" under his eyes that he suggested came from tanning goggles. He also said he made a conscious effort to check the president's hand size -- briefly a subject of mockery among Trump's Republican rivals on the campaign trail -- saying it was "smaller than mine, but did not seem unusually so." 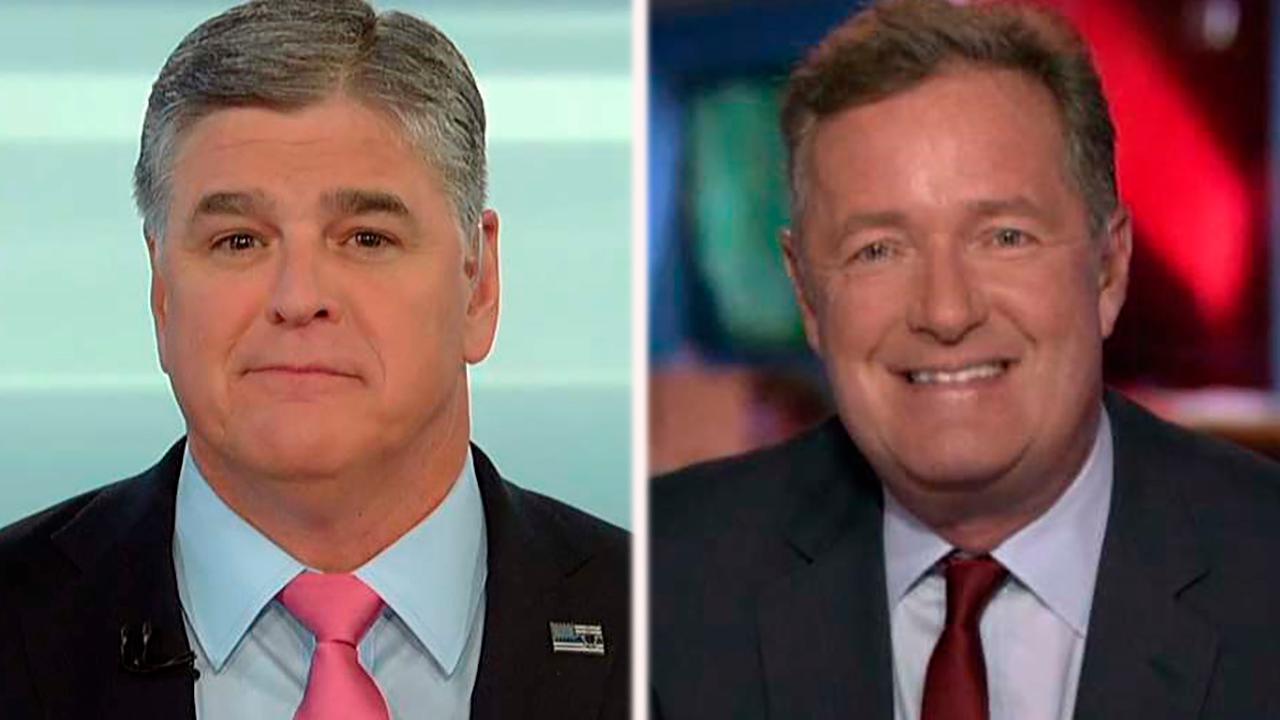 According to The Washington Post, Comey described Trump's presidency as a "forest fire" and wrote that his interactions with the administration recalled "my earlier career as a prosecutor against the Mob.

"The silent circle of assent. The boss in complete control. The loyalty oaths. The us-versus-them worldview," Comey reportedly wrote. "The lying about all things, large and small, in service to some code of loyalty that put the organization above morality and above the truth."

The New York Post reported that Comey returned to the Mafia theme in describing a Jan. 27 dinner with Trump at which, Comey wrote, the president told him: "I need loyalty. I expect loyalty."

"You will always get honesty from me,” Comey said he replied, later writing, "The demand was like [mobster] Sammy the Bull’s Cosa Nostra induction ceremony."

Trump fired Comey in May 2017, claiming he did so because of Comey's handling of the FBI's investigation into Hillary Clinton's email practices. According to The AP, Comey wrote that he regretted his approach and some of the wording he used in his July 2016 press conference in which he announced the decision not to prosecute Clinton. But, he said he believed he did the right thing by going before the cameras and making his statement, noting that the Justice Department had done so in other high-profile cases.

Comey also wrote, according to The AP, that every person on the investigative team found that there was no prosecutable case against Clinton and that the FBI didn't find that she lied under its questioning.

According to the New York Post, Comey wrote that he notified Congress in October 2016 that the email investigation had been re-opened because he feared her election would be considered "illegitimate" if he didn't. 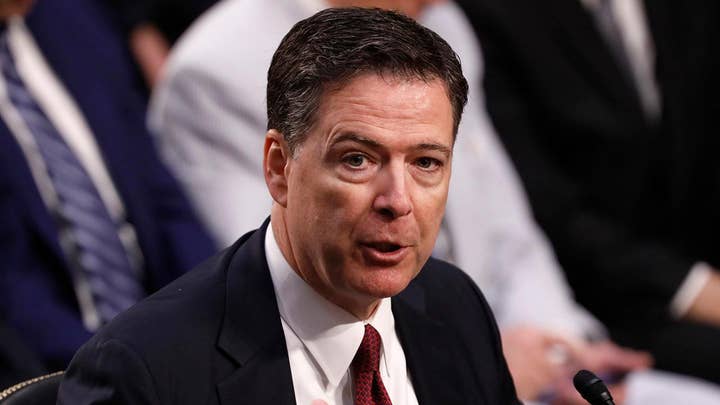 "I would say as little as possible, but the FBI had to speak," Comey writes, later adding, "It is entirely possible that, because I was making decisions in an environment where Hillary Clinton was sure to be the next president, my concern about making her an illegitimate president by concealing the restarted investigation bore greater weight than it would have if the election appeared closer or if Donald Trump were ahead in all polls. But I don't know."

In an excerpt obtained by ABC News, Comey also revealed he felt he had to take on a more prominent role in the Clinton investigation because of unverified classified information about then-Attorney General Loretta Lynch.

According to ABC, Comey wrote that "the source and content of that material remains classified as I write this." However, he added that if the information had become public, it "would undoubtedly have been used by political opponents to cast serious doubt on the attorney general's independence in connection with the Clinton investigation."

Comey also provided new details of his firing. According to The AP, he wrote that then-Homeland Security secretary John Kelly -- now Trump's chief of staff -- offered to quit out of a sense of disgust as to how Comey was dismissed.

After Clapper briefed the team on the intelligence community's findings of Russian election interference, Comey said he was taken aback by what the Trump team didn't ask.

"They were about to lead a country that had been attacked by a foreign adversary, yet they had no questions about what the future Russian threat might be," Comey wrote, according to The AP. Instead, he wrote, they launched into a strategy session about how to "spin what we'd just told them" for the public.

Comey's account lands at a particularly sensitive moment for Trump and the White House. Officials there have described Trump as enraged over a recent FBI raid of his personal lawyer's home and office, raising the prospect that he could fire Deputy Attorney General Rod Rosenstein, who appointed Mueller, or try to shut down the probe on his own. The Republican National Committee is poised to lead the pushback effort against Comey by launching a website and supplying surrogates with talking points that question the former director's credibility.

The former FBI director is also set to take part in a series of interviews to promote the book, including on Fox News Channel.

Comey's book undoubtedly will be heavily scrutinized by the president's legal team looking for any inconsistencies between it and his public testimony, under oath, before Congress. The attorneys likely will look to attack Comey's credibility as a key witness in Mueller's obstruction investigation, which the president has cast as a politically motivated witch hunt.