GOP tax holdouts Sens. Susan Collins of Maine and Mike Lee of Utah said Monday they will support the president’s tax overhaul, leaving only one Republican undecided as the bill nears its final vote this week.

The yes votes likely guarantee the bill will pass the upper chamber and lead President Trump to his first significant legislative win.

“The first major overhaul of our tax code since 1986, this legislation will provide tax relief to working families, encourage the creation of jobs right here in America and spur economic growth that will benefit all Americans,” Collins said in remarks on the Senate floor. 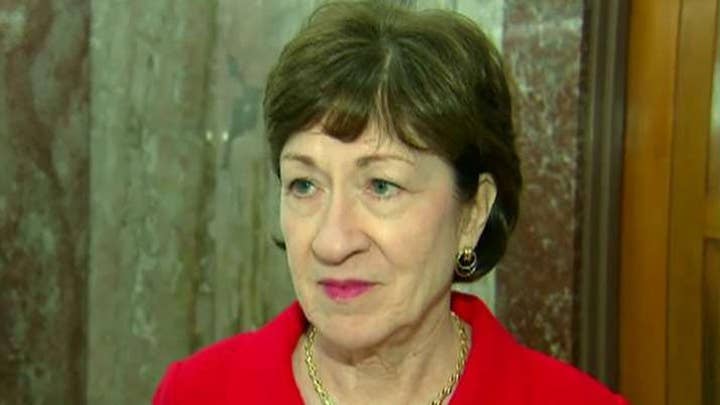 “I rise to express my support for the conference agreement on the Tax Cuts and Jobs Act,” Collins said.

About an hour earlier, Lee tweeted his support.

“Just finished reading the final Tax Cuts and Jobs Act. It will cut taxes for working Utah families. I will proudly vote for it,” Lee said.

Lee and Florida Sen. Marco Rubio had expressed concerns over efforts to expand the child tax credit. On Friday, Rubio said he would vote for the bill after GOP lawmakers doubled the tax credit to $2,000 per child under the plan, with $1,400 of that refundable.

Sen. Bob Corker of Tennessee had expressed his own reservations about the bill but ultimately said he supported it.

The only Republican not yet on board is Sen. Jeff Flake. When asked about whether he supports the tax bill, he told Fox News, “Well, we're still looking at the bill, still reading the bill, still working on some other issues.”

Sen. John McCain, who has brain cancer, will not be present for the vote.

Should there be a tie-breaker, Vice President Mike Pence would cast the deciding vote.