The mysterious law enforcement official behind the leak of confidential documents on Trump attorney Michael Cohen’s business dealings is facing new pressure as sources debunk his rationale for leaking -- and one report suggests it won't be long before he's caught.

The leaker could face up to five years in jail if identified and prosecuted.

The individual, who has not been named, came forward in an interview with The New Yorker on Wednesday, taking responsibility for disclosing records that show Cohen used a shell company to receive payments from firms seeking access to the Trump administration -- including AT&T and a New York-based investment firm linked to a Russian oligarch.

The official told The New Yorker he did it out of concern over allegedly missing files. The documents in question are known as “suspicious activity reports,” or SARs, and were filed by a bank that Cohen used. Banks are required to file such reports when they notice transactions that may break the law -- and such records can be accessed by law enforcement.

The leaker claimed that two SARs detailing more than $3 million in additional transactions were missing from the database maintained by the Treasury Department’s Financial Crimes Enforcement Network (FINCEN).

“I have never seen something pulled off the system,” the official reportedly said. “That’s why I came forward.”

But it now seems the files were merely restricted, not missing.

A FinCEN spokesperson, without directly citing the Cohen records, undercut the leaker's story in a statement on Thursday -- explaining that the agency can limit access to certain records when asked by law enforcement. 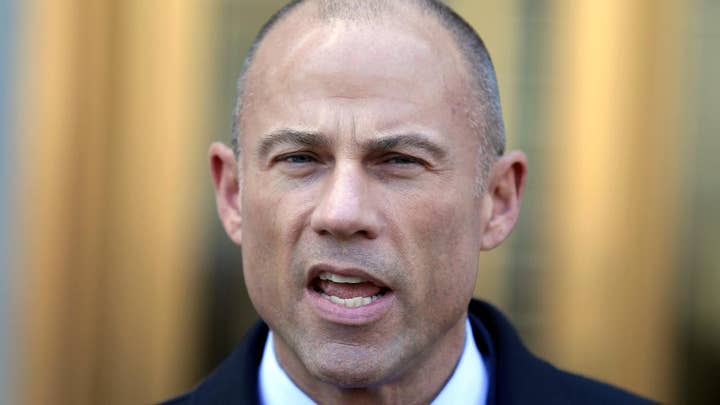 “Under longstanding procedures, FinCEN will limit access to certain SARs when requested by law enforcement authorities in connection with an ongoing investigation,” a FinCEN spokesperson said.

Fox News has learned that FinCEN limits access to SARs but does not delete or remove them from the database. In such cases, users trying to view a restricted file are told that it is unavailable for viewing at that time.

Further, BuzzFeed confirmed that Treasury Department officials restricted access to those files and did not remove them.

This revelation undercuts the narrative that the files’ absence should have set off alarm bells -- a claim that had already been initially greeted by skepticism from some experts, who noted that banks keep records of transactions anyway.

The leaker’s future may be bleak. Bloomberg reported late Thursday that his identity is unlikely to remain secret for long.

Experts told the outlet that anyone accessing FinCEN leaves an audit trail, so whoever searched for those associated with Cohen likely left a traceable digital record.

The Treasury Department’s inspector general is currently investigating the leak of Cohen's records.

“Government employees and law enforcement personnel with access to the system are not authorized to publicly disclose SARs, and, as previously reported, Treasury’s inspector general is looking into whether any SARs were improperly disclosed,” the FinCEN spokesperson said in a Thursday statement.

Leaking such documents can be a federal offense punishable by up to five years in prison and a $250,000 fine. The official in question admitted to The New Yorker he was fearful of legal consequences: “To say that I am terrified right now would be an understatement.” Both the Treasury Department and the inspector general declined to comment to Fox News Friday about the status of the investigation or potential prosecutions.

“The leaker is taking an extraordinary personal risk for greater transparency,” Duncan Levin, a former federal and state prosecutor who dealt extensively with the FinCEN database, told Bloomberg. “Whoever did this has added immeasurably to the public conversation and likely knows full well how much legal risk he or she is now facing.”

Cohen is being investigated by the FBI and the Southern District of New York in part over a $130,000 payment he made to Daniels in the weeks leading up to the 2016 election in exchange for her silence over an alleged sexual encounter with Trump in 2006.

The revelations about Cohen's financial dealings, meanwhile, have not only heightened scrutiny of how the Trump confidant used his presidential connections for profit, they've also caused headaches for the companies named in the files.