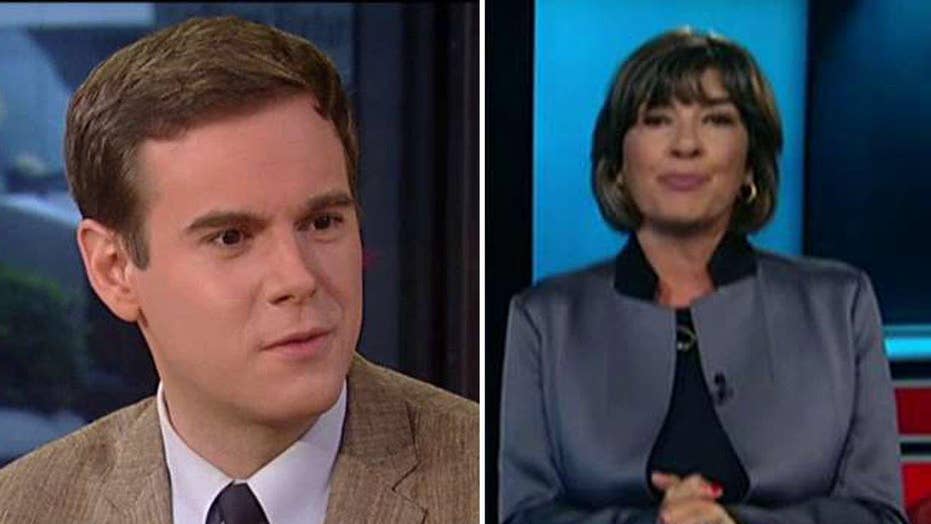 Christiane Amanpour: Can't a girl get a sick day or two?

After learning from the mainstream media during the last eight years of the Obama presidency that seemingly benign phrases and words like “Chicago,” “that one” and “golf” are now deemed racist, viewers are getting a similar lesson when it comes to Clinton coverage.

CNN host Christiane Amanpour suggested on air Monday that the heavy coverage of the Democratic nominee's health is simply sexist.

“Can’t a girl have a sick day or two?” Amanpour said, before asking: “What about Donald Trump’s tax returns, where are they?”

This was after Hillary Clinton for days experienced coughing fits on the trail and then came close to collapsing on the sidelines of a 9/11 event Sunday, before being whisked away in an SUV. Her campaign then revealed she had pneumonia, while saying she had become dehydrated and overheated.

Amanpour appealed to her colleagues to lay off.

“When it comes to overqualified women having to try a hundred times harder than underqualified men to get a break or even a level playing field, well, we know that story,” she said.

As proof that sick men can do the job of the presidency just fine, she first cited the example of President Franklin Pierce -- a mid-19th century president who passed out in the battlefield.

As first noted by Mediaite, Amanpour cited the examples of the media covering up President Franklin Roosevelt’s debilitating polio and John F. Kennedy’s many health issues – lapses in journalism that journalists generally accept as ethically problematic today. Amanpour said these health crises did not stop them from being good presidents.

“Leading the world in sickness and in health—if the boys can do it, why not the women?” she asked.

Amanpour seemed to approve of the bygone media attitude that the public didn’t need to know their commander-in-chief was wheelchair bound (FDR) or was given an anti-psychoticfor fluctuating moods (JFK).

Years ago, Amanpour’s husband, James Rubin, was a member of Clinton’s 2008 campaign.

Amanpour did not mention how male candidates' health has been scrutinized before. 2008 Republican nominee John McCain and 1996 nominee Bob Dole were both scuritinized for their health and their age – as was President Ronald Reagan when he stood for re-election.