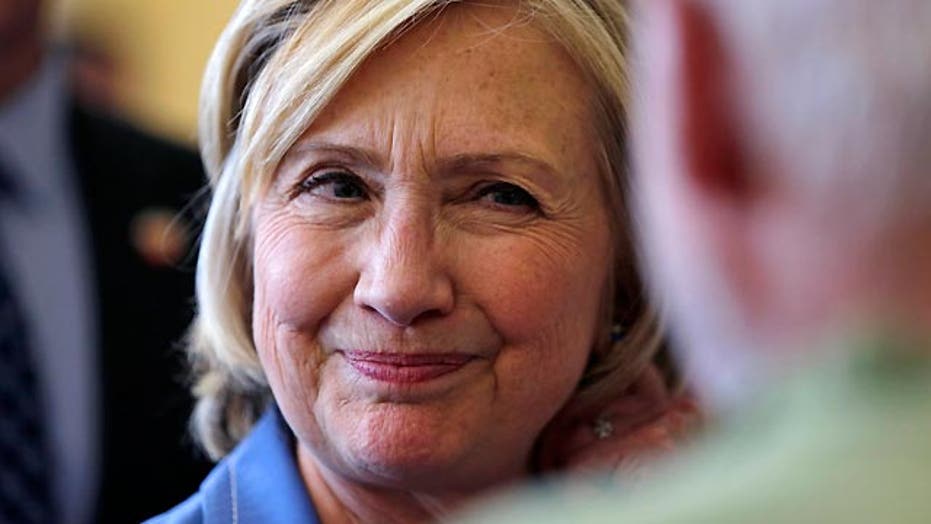 In an email to supporters, John Podesta, Hillary Clinton’s campaign chairman and founder of the pro-Clinton Center for American Progress, warned Republicans were out-fundraising the former secretary of state.

Podesta also declared the campaign to be under “a ferocious onslaught of dark money” from Republicans, but that Hillary is funded by grassroots Americans who’ve “chipped in $1, $5, or $10.” An examination of the facts shows something different.

The Clinton campaign took in $46.7 million in its first quarter of existence, no small sum. Even NBC News called it a “Huge Fundraising Haul.” The next highest total for a campaign was another Democrat, Vermont Senator Bernie Sanders raised $15 million. Senator Marco Rubio came in third with $12 million. So where does the “4 to 1” come from? Turns out it’s creative math.

The Clinton campaign combined the totals each of the current top-tier Republican campaign raised, $53 million, with the money raised by Super PACs associated with them, $203 million, for a total of $256 million for the GOP. Clinton’s Super PACs raised $24.3 million. If you add that to her total, as she does with the GOP, her total is $71 million. That’s roughly 3 to 1, not 4 to 1, but it’s still a false number.

If you add in the money Sanders raised, the Democrats’ total increases to $86 million, closer to 2.5 to one. But Clinton’s team created a false equivalence – one against all. Clinton’s campaign, by itself, has raised more than the top 4 GOP candidates combined – $46 million to $43 million.

The Clinton email also attempts to give the impression of a grassroots movement. It reads, in part:

The wording is a deliberate attempt to mislead the reader into thinking the Clinton campaign is funded by small dollar donors, average Americans simply “chipping in” what they can. But again, math tells a different story.

The Washington Post reports only 17 percent of Clinton’s haul, or $7 million, came from donations of $200 or less, which leaves $39 million from high dollar donors. Not exactly the grassroots “different kind of campaign” Podesta is telling supporters.

Add further fudging to the numbers, the New York Post reported the Clinton campaign made concerted effort to attract $1 donations from as many people as possible to dilute the high dollar donor numbers.