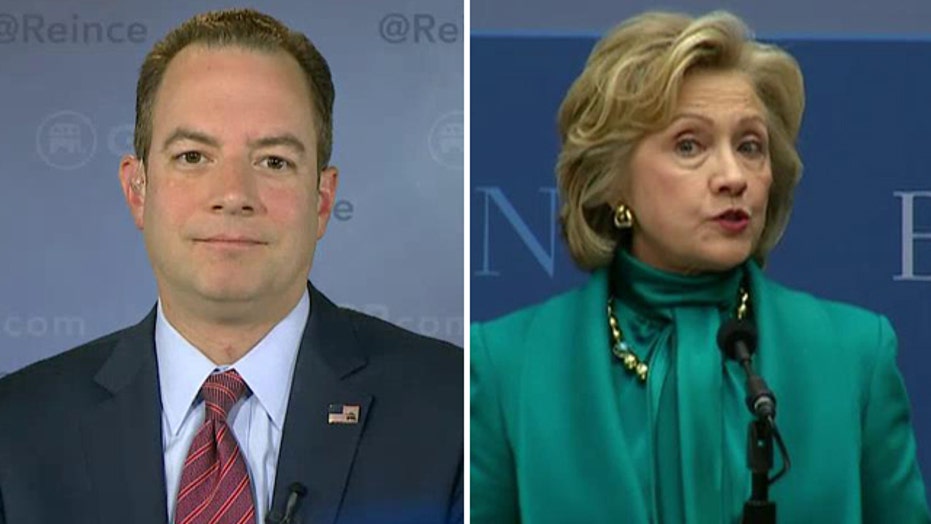 Is Hillary Clinton facing her own Watergate?

Reaction from Reince Priebus, chairman of the Republican National Committee

Hillary Clinton reportedly is calling for improved ties between the U.S. and Israel, as tensions deepen between the Obama administration and Prime Minister Benjamin Netanyahu following his party’s election win earlier this month.

The Algemeiner reports that Clinton, in a phone call with Malcolm Hoenlein, executive vice chairman of the Conference of Presidents of Major American Jewish Organizations, said “we need to all work together to return the special U.S.-Israel relationship to constructive footing, to get back to basic shared concerns and interests.”

She reportedly said this includes a commitment to a two-state solution, something Netanyahu seemed to reject before the election only to dial back those comments afterward. Netanyahu’s remarks on that issue fueled criticism from the Obama administration, which already is at odds with Netanyahu over the course of ongoing Iran nuclear talks.

Clinton is expected to launch a Democratic presidential bid shortly. Hoenlein told The Algemeiner that as the presumed frontrunner in her party, “her words are especially significant and impactful.”