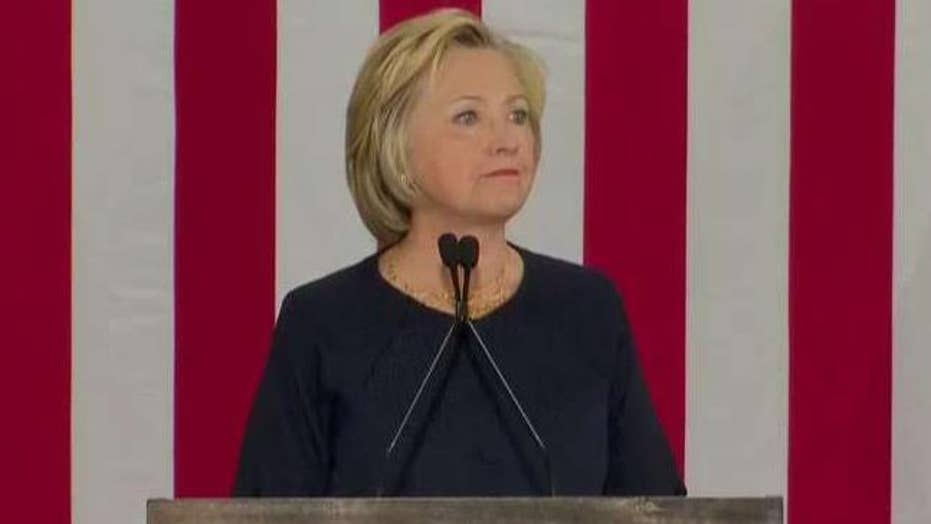 Hillary Clinton is coming under fire for a tweet last year in which she claimed Muslims have “nothing whatsoever to do with terrorism.”

However, on Monday the presumptive Democratic nominee acknowledged the threat of “radical Islamism,” one day after an apparent Islamic State sympathizer killed 49 people and wounded dozens of others inside an Orlando, Fla., nightclub.

“I have clearly said we have terrorist enemies who use Islam to justify slaughtering innocent people,” Clinton said on NBC’s “Today” show.

“To me, radical jihadism, radical Islamism, they mean the same thing. I'm happy to say either but that's not the point.”

Her remarks were a departure from her tweet in November 2015, between the November 2015 Paris massacre and the December 2015 San Bernardino, Calif., terror attacks, both linked to ISIS.

“Let’s be clear: Islam is not our adversary,” Clinton tweeted. “Muslims are peaceful and tolerant people and have nothing to do whatsoever with terrorism.”

Within hours of Clinton’s most recent remarks, presumptive Republican presidential nominee Donald Trump referred to her tweet at a speech in New Hampshire as he amplified his accusations that Clinton is weak on terrorism and national defense.

“Hillary Clinton, for months, and despite so many attacks, has repeatedly refused to even say the words ‘radical Islam,’ ” Trump said. “Just a few weeks before the San Bernardino slaughter, Clinton explained her refusal to say the words. She said Muslims are peaceful and tolerant people, nothing to do with terrorism. That is Hillary Clinton.”

On Sunday, Trump criticized Clinton and President Obama for not using the words “radical Islam” in speaking about the Orlando attack amid evidence that shooter Omar Mateen was indeed an ISIS sympathizer.

White House Press Secretary Josh Earnest on Monday dismissed suggestions by reporters that Clinton had broken with the president on the issue.

“Having worked in this administration for four years, she is somebody who agrees strongly with the president's approach to ensuring that we are not giving legitimacy to a terrorist organization that would love to advance the narrative that they are somehow holy warriors advancing the cause of Islam by waging war against the United States,” Earnest said. “That is an utterly baseless myth. It is false.”