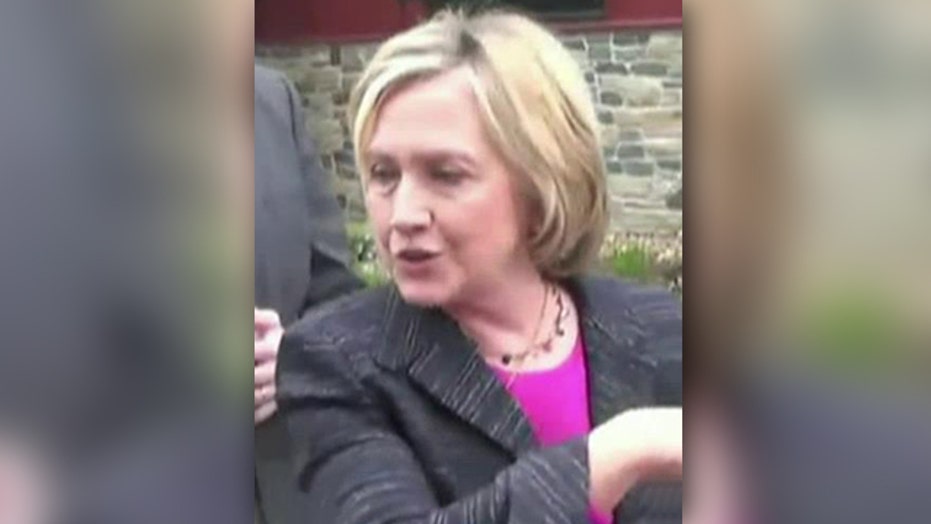 Clinton to autograph seeker: 'Go to the end of the line'

An eager autograph seeker was ready for Hillary -- but Hillary Clinton apparently wasn't ready for her.

In a seemingly awkward encounter captured on video, the Democratic presidential candidate tells a woman seeking an autograph to "go to the end of the line."

The clip was captured by a tracker -- operatives who trail candidates in search of potentially embarrassing footage -- during a recent campaign stop in New Hampshire, and posted on Vine by the conservative America Rising PAC. In it, Clinton is seen walking by a receiving line of supporters outside the popular Smuttynose Brewery. One of them approaches her to ask for her signature.

She again says, "Why don't you go to the end of the line."

Clinton has faced criticism for sticking to tightly controlled events on the campaign trail, and the clip appears to provide ready fodder for other candidates.

FoxNews.com reached out to the Clinton campaign Tuesday for an explanation and comment regarding the video.

Even one of Clinton's Democratic opponents appeared to jump on the opportunity. After the Vine clip was posted, the New Hampshire deputy director for Martin O'Malley swiftly posted a photo of the former Maryland governor signing an autograph for a little girl.