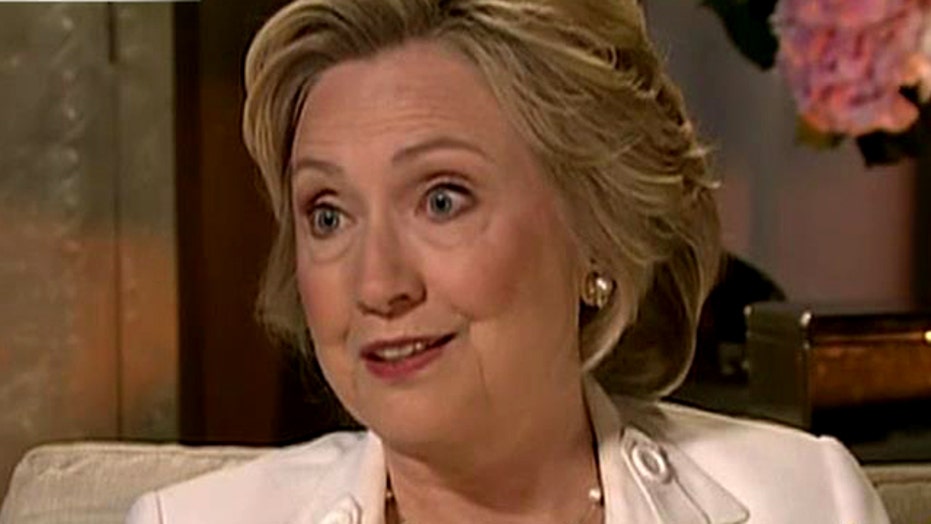 Howard Kurtz weighs in on interview with Andrea Mitchell

Hillary Clinton said in an interview Friday that she’s “sorry” her use of personal email for State Department business has “been confusing to people,” but didn’t offer an outright apology for her actions.

“At the end of the day, I am sorry that this has been confusing to people and has raised a lot of questions, but there are answers to all these questions and I will continue to provide those answers,” Clinton told MSNBC’s Andrea Mitchell.

However, when asked earlier in the interview if she was sorry for her decision to use personal email for State Department business, Clinton hedged.

“Well, I certainly wish that I had made a different choice and I know why the American people have questions about it, and I wanted to make sure I answer those questions.”

The 2016 Democratic frontrunner went on to reiterate her claim that her use of email was “fully above board and allowed by the State Department,” but said that it would have been better if she had two accounts – one for personal and one for work use. She said she didn't "stop and think" which email system she should use.

“What’s clear is Hillary Clinton regrets that she got caught and is paying a political price, not the fact her secret email server put our national security at risk,” RNC spokesman Michael Short said in a statement.

“Hillary Clinton’s repeated distortions of her growing email scandal, which now involves an FBI investigation, and her refusal to apologize only reinforce why three-fifths of the country doesn’t trust her,” said Short.

In the interview, Mitchell also asked Clinton how she feels that a Quinnipiac poll found that the first words that came to mind among voters when asked about her were “liar,” “untrustworthy” and “crooked."

“Well it certainly doesn’t make me feel good," Clinton said. "But I am very confident that by the time this campaign has run its course people will know what I’ve been saying is accurate and I will have a chance to do that in front of the entire world with the congressional committee hearing.”

“They may disagree, as I now disagree, with the choice that I made but the facts that I have put forth have remained the same.”