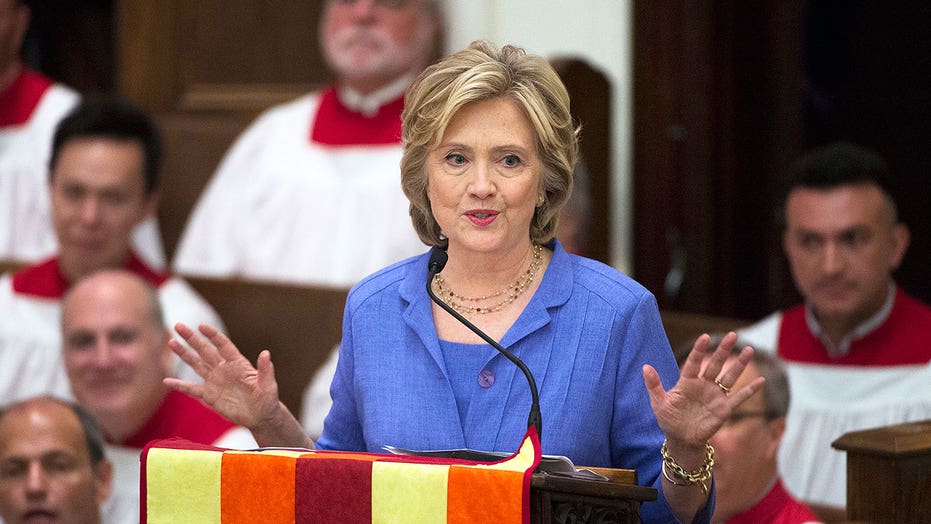 Top Democratic presidential candidate Hillary Clinton tried Sunday to distance herself from Obama administration foreign policy, suggesting the overall effort in Syria has been a “failure” and calling for roughly 65,000 Syrian refugees to be allowed to enter into the United States.

“Where we are today is that we have a failed program,” Clinton told CBS’ “Face the Nation" in her first Sunday talk show interview in four years.

Her comments follow millions of people fleeing Syria amid a four-year civil war in which rebels are trying to overthrow the regime of Syrian President Bashar Assad.

The comments also follow Gen. Lloyd J. Austin III, head of U.S. Central Command, recently telling Congress that only “four or five fighters” are on the ground in Syria, with the administration having spent $500 million on the effort.

This is not the first time the front-running Clinton, a secretary of state under the administration, has tried to distance herself from U.S. foreign policy.

In her 2014 book “Hard Choices” and in recent interviews, Clinton said that she advocated while at the State Department for providing more rebel support.

On Sunday, Clinton said the administration’s plan to take in 10,000 Syrian refugees was a “good start,” but called for allowing in 65,000 of them, with the vetting process starting “immediately.”

She also called her use of a private email server while at the department a “mistake,” after apologizing recently but maintained: “It was permitted. It was allowed.”

Clinton addresses the issue of four Americans being killed in 2012 at a U.S. outpost in Benghazi, Libya, when she was the country’s top diplomat.

She disagreed with the argument that she and other administration officials tried to blame the attack on an anti-Muslim video on the Internet, despite knowing it was terror related.

“I just don't think that's fair,” Clinton told CBS. “I and others said that we were attacked. … That video, which was still spinning through the world, was being mentioned on social media.”

Clinton said she will talk about the issue on Oct. 22 when testifying again on Capitol Hill about the Benghazi attacks and that she was under no political pressure to play up the video explanation.

“I never felt any political pressure or did I feel any political reason to do anything other than what we tried to do, which was to immediately deal with the problems that were coming at us,” she said.