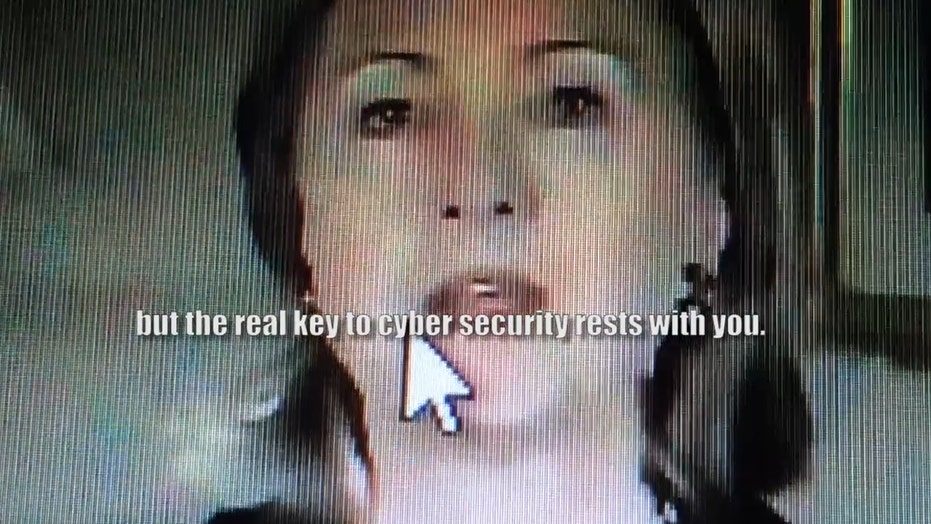 Despite conducting her own government business through a personal “homebrew” server while secretary of state, Hillary Clinton is seen in a newly obtained video lecturing her staff of their “special duty” to recognize the importance of cybersecurity.

“The real key to cybersecurity rests with you,” Clinton says in the 2010 video, which was obtained by FoxNews.com. “Complying with department computing policies and being alert to potential threats will help protect all of us.”

Clinton goes on in the video to underscore the important work the State Department Bureau of Diplomatic Security and IT department were doing to guard against cyber-attacks. She warns hackers try to “exploit” vulnerabilities and penetrate department systems. She then urges staffers to log onto the internal cybersecurity awareness website or subscribe to their “cybersecurity awareness newsletter.”

“Together we can do our part to improve the security of the State Department and of our nation,” Clinton says.

Clinton spokesman Brian Fallon said, "This is not new. It has been widely reported that during Clinton's tenure the State Department issued these kinds of warnings about possible cybersecurity to employees. These warnings were more than appropriate given that it was subsequently confirmed that State's email was hacked."

WATCH THE VIDEO ABOVE

During her interview with the FBI, according to bureau documents released last month, Clinton claimed she could not remember a number of details regarding the training or guidance she received on various areas of department protocol. The interview summary said Clinton “could not recall” any briefing or training regarding the retention of federal records or the handling of classified information.

She also claimed she could not recall receiving guidance on “email policies outlined in the Foreign Affairs Manual.”

The video marks the latest example of how Clinton ran afoul of the very practices she expected others to follow. As Fox News’ Catherine Herridge previously reported, an internal 2011 department cable shows Clinton’s office once told employees not to use personal email for security reasons.

The same year, Clinton skipped a cyber briefing that the department security team put together just for her, according to congressional investigators and an unclassified letter from the State Department.

In 2010, the same year as the video, some State Department officials were voicing concerns about Clinton’s own email and computer setup. A department report found that two Information Resource Management officials had discussed worries about the system and were told it was approved by the legal department staff.

The inspector general report said it “found no evidence that staff in the Office of the Legal Adviser reviewed or approved Secretary Clinton’s personal system.”

Further, the same report detailed a January 2011 incident where an adviser who provided tech support for the Clinton email system notified a Hillary Clinton aide that “he had to shut down the server because he believed ‘someone was trying to hack us and while they did not get in i didnt [sic] want to let them have the chance to.’”