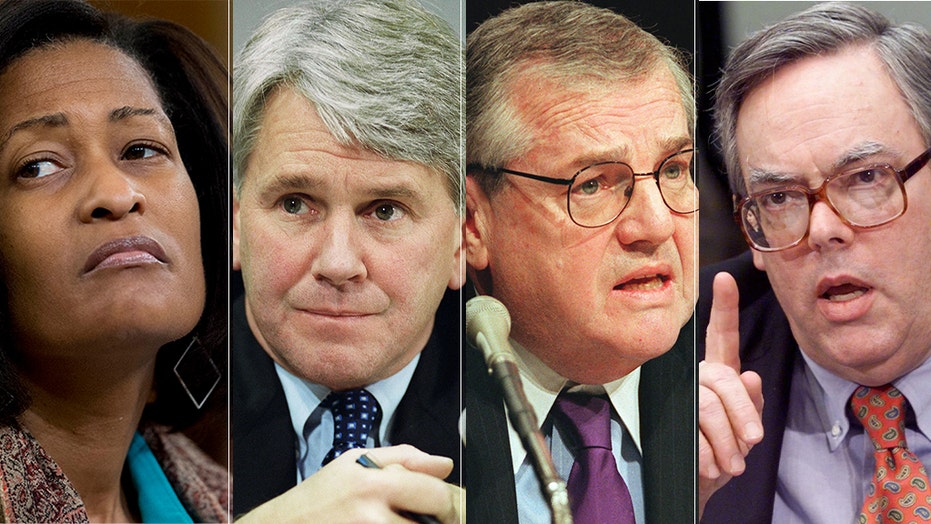 Former President Bill Clinton was represented by four attorneys during his impeachment trial, which ultimately ended in his acquittal by the Senate in 1999. Here's a look at where they are today.

Cheryl Mills: Mills was the deputy White House counsel under Clinton and defended him during his impeachment trial. She later became the chief of staff for Secretary of State Hillary Clinton and was deposed during the investigation into Clinton's use of a private server to send emails. She also served on the Clinton Foundation's unpaid board after joining the State Department.

In addition, Mills worked at Oprah's Oxygen Media and as a senior vice president at New York University.

WASHINGTON, DC: Greg Craig, former White House counsel to former President Barack Obama departs from the U.S. District Courthouse following a hearing on April 15, 2019 in Washington, DC. The charges against Craig stem from special counsel Robert Mueller's investigation and include lying to the Justice Department and concealing information connected to work Craig did in 2012 for the Ukrainian government. (Photo by Zach Gibson/Getty Images)

Greg Craig: Craig was labeled Clinton's "quarterback" in coordinating the former president's defense strategy during his impeachment trial. He was appointed to White House counsel in former President Barack Obama's administration in January 2009. He resigned from the position in November 2009.

Craig was charged with making false statements during a Justice Department probe -- stemming from Special Counsel Robert Mueller's investigation of Paul Manafort, Trump's former campaign chair -- that examined whether his law firm, Skadden Arps, should have registered under the Foreign Agents Registration Act (FARA) because of its work for the Ukrainian government. He was later found not guilty by a Washington, D.C., jury in September 2019.

In an interview on ABC News "The Investigation" podcast in October 2019, Craig said: "It is possible to have an impeachment in a divided country but it is impossible to remove a president from office unless there is a developed consensus or a bipartisan recognition that he should be removed from office."

Craig also said that Trump seems to have made the mistake of engaging "in the lawyering of his own case" and potentially “adding more fuel to the fire of those people who are trying to remove him from office."

ST. PAUL: Robert Bennett, lead counsel for President Bill Clinton, answers questions outside the Warren E. Burger Federal Building after he and lawyers for Paula Jones squared off in court to argue if Jones' lawsuit should be reinstated Oct. 20 in St. Paul, Minnesota. (Photo credit: CRAIG LASSIG/AFP via Getty Images)

Robert S. Bennett: Bennett worked as Clinton's personal attorney throughout the Lewinsky scandal. In an interview with The Independent in October 2019, Bennett commented on the need for Trump to get a "top-flight lawyer," to defend him against charges constituting as impeachable offenses.

"He's going to need more people — workhorses to analyze all the evidence and to prepare factual legal defenses," Bennett said, adding that Trump's reputation for disregarding advice and for non-payment may hinder attempts to bolster his legal team.