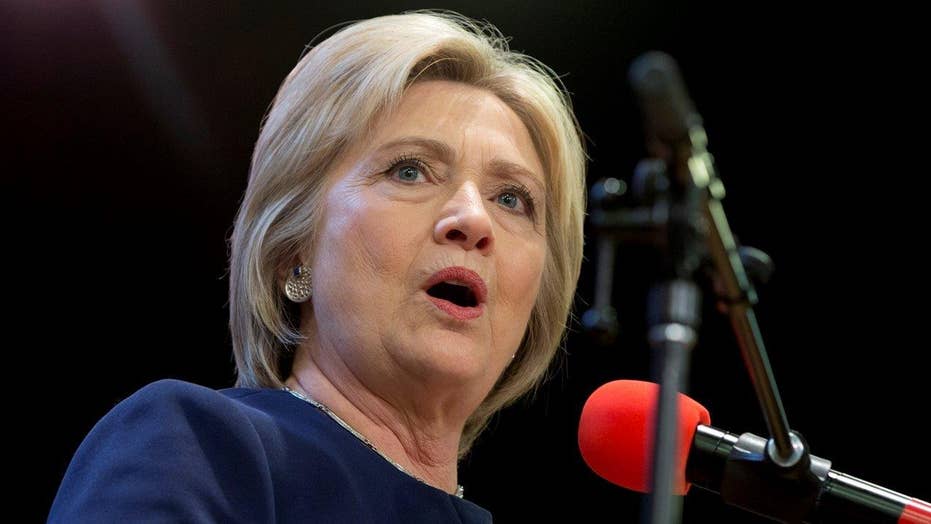 Will no US lives lost in Libya gaffe haunt Hillary Clinton?

Democratic presidential front-runner Hillary Clinton committed her second gaffe in as many days on the campaign trail Monday night, claiming that the U.S. "didn't lose a single person" in Libya during her time as secretary of state.

Clinton made the comment defending her push for regime change in the war-torn North African nation at an Illinois town hall hosted by MSNBC.

"Now, is Libya perfect? It isn't," Clinton said. After contrasting her approach toward Libya with the ongoing bloodshed in Syria's civil war, Clinton said "Libya was a different kind of calculation and we didn't lose a single person ... We didn’t have a problem in supporting our European and Arab allies in working with NATO."

Questions about the attack and its aftermath have dogged Clinton throughout her second run for the White House, with emails released by the State Department contradicting several aspects of her testimony before the House Select Committee investigating the attack.

Earlier Monday, Clinton's campaign was forced to scramble to clarify comments she made about coal jobs at a CNN town hall Sunday night.

"I'm the only candidate which has a policy about how to bring economic opportunity using clean renewable energy as the key into coal country," Clinton said, "because we're going to put a lot of coal miners and coal companies out of business."

With many workers in crucial primary states like Ohio and Illinois relying on such jobs, Clinton's campaign put out a statement stressing that, “Coal will remain a part of the energy mix for years to come” and Clinton’s plan would also safeguard workers’ retirement and health benefits.

Spokesman Brian Fallon said “no candidate in this race is more devoted to supporting coal communities than Hillary Clinton” and “any suggestions otherwise are false."