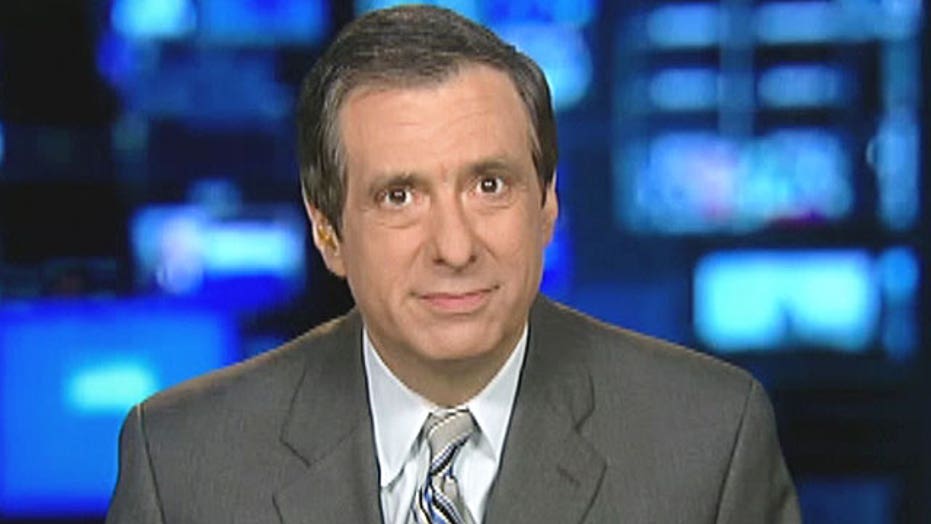 Kurtz: When journalists cross the line

While several women’s magazines may be swooning over Hillary Clinton, one editor has put her money where her mouth is.

Such magazines as Vogue and Marie Claire have been lavishing praise on the Democratic front-runner, and some editors have talked her up as a potential president.

But Lesley Jane Seymour, the editor-in-chief of More magazine, has gone a step further. She has donated to Hillary’s campaign.

In fact, she’s bragged about it.

In a Facebook message last month, Seymour posted a picture of the former first lady with the headline “Support Hillary for America.”

“Everyone: here is your chance to help launch the first woman president: I just gave. Please join me,” Seymour wrote. She added a link to a Clinton fundraising page.

Journalists are not supposed to contribute to political candidates. In fact, ABC’s George Stephanopoulos was widely criticized, and had to apologize, for not disclosing $75,000 in donations to the Clinton Foundation.

We don’t know how much Seymour gave to the Clinton campaign, but the fact that she’s urging others to contribute shows that she is on board as a Hillary partisan.

Seymour responded Thursday morning, saying: "I don't have any reservations about making a personal donation to any political campaign. As you know, all donations are public record. I happened to announce it on my personal Facebook page under the rubric of getting a woman elected president: that is something I care deeply about."

As for her role as a magazine editor, she said: "Since I run a woman's lifestyle magazine for a company that publishes leisure products for women, I don't think that my personal interests will sway the election. I think it would be really different if I worked for a news organization. But I don't."

Seymour is a New York-based journalistic veteran who is also a former editor-in-chief of Marie Claire and Redbook.

More, which calls itself a magazine “for women of style and substance,” focuses more heavily on beauty and celebrities. But it does publish serious news stories. The current issue, for instance, has a Q&A with Valerie Jarrett, “Presidential Adviser, Mother, Once-Terrified Public Speaker.”

Seymour has made no secret of her admiration for Hillary. In a taped conversation with Republican pollster Kellyanne Conway, Seymour described “the most admired woman in the country, if not in the world, Hillary Rodham Clinton.” She also said “that’s what we love about her, is that she has stood up for women when other people have not.”

After Clinton’s failed 2008 campaign, More said “we feel as if we're just getting to know the real you, and we're not ready to say good-bye…so better keep those 2016 options open.”

A piece published while Clinton was secretary of State carried this introduction: “On a recent trip to Burma—where human rights have been crushed for half a century—Hillary Clinton shook hands with a young waitress who later sobbed… ‘She is our only hope.’ What gives Clinton the power to connect so strongly with women in need?”

As I noted yesterday, some women’s magazines seem to be firmly in Hillary’s corner. Marie Claire Editor-in-Chief Anne Fulenwider has been quoted as saying: “We’re thrilled that Hillary is in the race. We’d love to see a woman president for the United States.”

And as Politico reported, Vogue Editor Anna Wintour introduced Hillary at an event in Arkansas in 2013, saying: “I can only hope that all of you here in Little Rock will be celebrating her come November 2016. Just as all of us, all of us at Vogue, look forward to putting on the cover the first female president of the United States.”

Still, a personal donation to the Hillary Clinton campaign seems to cross a pretty bright line.