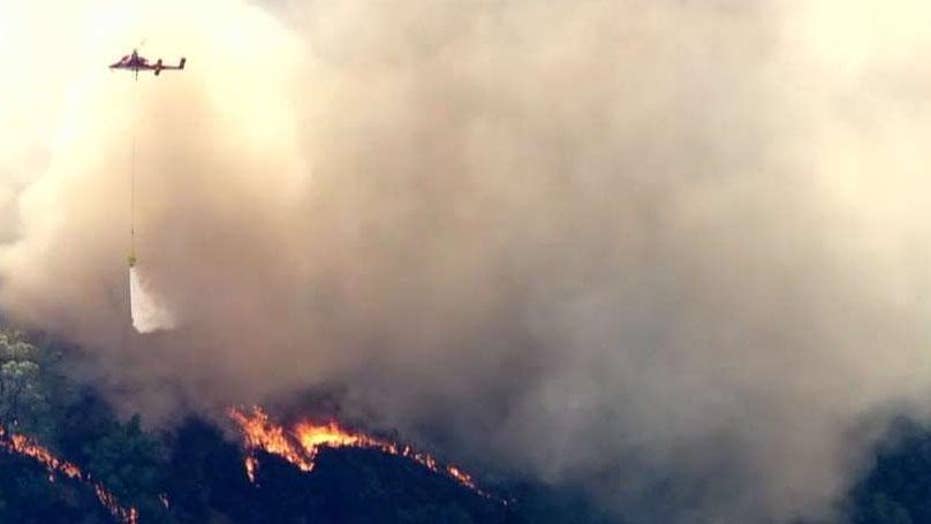 The latest National Climate Assessment concludes that without 'substantial and sustained global mitigation,' climate change will cause 'growing losses to American infrastructure and property' and impede the 'rate of economic growth'; Ellison Barber reports.

The White House on Friday released a federal report that found that the impacts of climate change are being felt across the country, and “extreme weather and climate-related events” are going to worsen in the years to come -- with a significant impact on the economy.

The National Climate Assessment finds that extreme weather disasters “"have already become more frequent, intense, widespread or of long duration and have cost the the U.S. nearly $400 billion since 2015.”

The report is mandated every four years and is based on previous research. Its aim is to detail how climate change is affecting the U.S. and how it is impacting the economy. It is written by outside scientists and officials from 13 federal agencies.

“Without more significant global greenhouse gas mitigation and regional adaptation efforts, climate change is expected to cause substantial losses to infrastructure and property and impede the rate of economic growth over this century,” the report says, arguing that sectors that require national resources and favorable climates -- such as agriculture, tourism and fishing, are particularly vulnerable.

The report also finds that the U.S. will be 3-12 degrees hotter by the end of the century, depending on how much greenhouse gas is released into the atmosphere. It also says that more than 90 percent of current warming is caused by humans.

It is unclear how the report will be greeted by the Trump administration, and particularly the White House. President Trump has been vocal in his skepticism about man-made climate change and the effects it is allegedly having both on temperatures and extreme weather events. He also pulled the U.S. out of the Paris climate accord.

Trump seemed to take a knock at those calling for action over climate change this week, when he noted that a cold blast was set to hit the U.S.

“Whatever happened to Global Warming?” he asked.

The report was initially set to be released in December. The White House’s decision to instead release the report on Black Friday was likely to lead to accusations that the administration was attempting to dump the report on a day many Americans were not engaged in the news cycle.

Study co-author Andrew Light, an international policy expert at the World Resources Institute, told The Associated Press that the release “ "is a transparent attempt by the Trump administration to bury this report and continue the campaign of not only denying but suppressing the best of climate science.”

However, David Reidmiller, the director of the assessment, said the timing was in order to have the report come out ahead of U.N. climate talks, which begin in Poland on December 2, according to Axios.

The report comes just as California has been tackling devastating wildfires that have killed at least 84 people. President Trump has said that better forest management could have helped limit the blaze.

This week Interior Secretary Ryan Zinke blamed “radical environmentalists” for making the fires worse, saying that a complicating matter was "lawsuit after lawsuit by, yes, the radical environmental groups that would rather burn down the entire forest than cut a single tree or thin the forest.”

But the report issued Friday said that “warmer and drier conditions have contributed to an increase in large forest fires in the western United States and interior Alaska.”