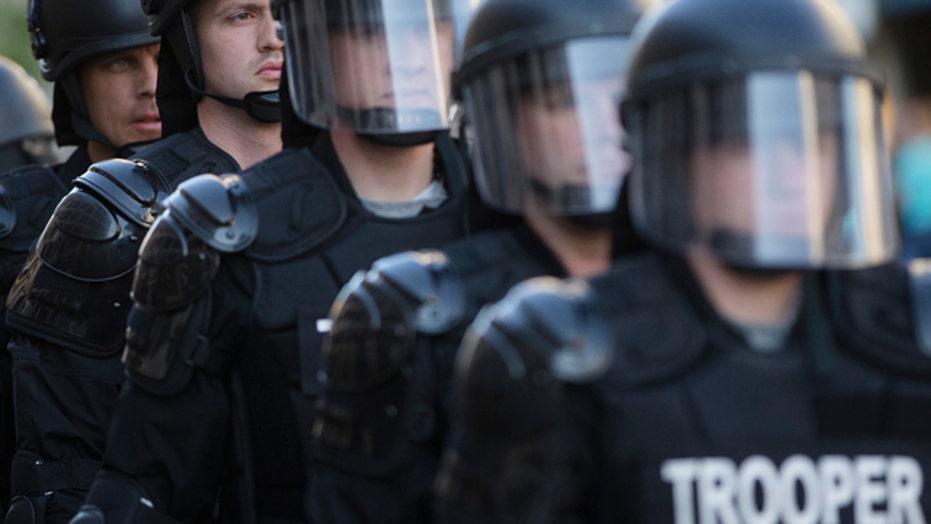 Cleveland agreed to overhaul its police department under the supervision of a federal monitor in a settlement announced Tuesday with the U.S. Justice Department over a pattern of excessive force and other abuses by officers.

The announcement comes three days after a white patrolman was acquitted of voluntary manslaughter charges in the shooting deaths of two unarmed black suspects in a 137-shot barrage of police gunfire following a high-speed chase. The case helped prompt an 18-month investigation by the Justice Department.

In a report released in December, the department required the city to work with community leaders and other officials to devise a plan to reform the police department. A judge must approve the plan, and an independent monitor will oversee it.

The worst examples of excessive force in the Justice Department report involved patrol officers who endangered lives by shooting at suspects and cars, hit people over the head with guns and used stun guns on handcuffed suspects.

The agency said supervisors encouraged some of the bad behavior and often did little to investigate it. Some told the Justice Department that they often wrote their reports to make an officer look as good as possible, the federal agency said. The department found that only six officers had been suspended for improper use of force over a three-year period.

Two other high-profile police-involved deaths still hang over the city: that of Tamir Rice, a 12-year-old black boy who was carrying a pellet gun at a playground when he was fatally shot by a white rookie patrolman November 22, 2014, and that of 37-year-old Tanisha Anderson, a mentally ill woman who died of positional asphyxiation after officers took her to the ground and handcuffed her Nov. 12, 2014.

The investigation was the second time in recent years the Justice Department has taken the Cleveland police to task over the use of force. But unlike in 2004, when the agency left it up to local police to clean up their act, federal authorities intervened this time by way of a consent decree. Several other police departments in the country now operate under federal consent decrees that involve independent oversight.

The Justice Department has launched broad investigations into the practices of more than 20 police forces in the last five years, including agencies in Ferguson, Missouri, and, most recently, in Baltimore. Then-U.S. Attorney General Eric Holder said in December that there were 15 police departments in the country where the Justice Department has intervened, including eight that are working under court-ordered consent agreements, including Seattle and New Orleans.

Saturday's bench verdict on the manslaughter charge against Patrolman Michael Brelo led to a day of mostly peaceful protests but also more than 70 arrests. Dozens of church parishioners also protested the acquittal in a march through downtown Tuesday afternoon as officials announced the settlement between the Justice Department and the city.

Cleveland has paid a total of $3 million to the families of the victims in the 2012 shooting, Timothy Russell and Malissa Williams, to settle a federal civil rights lawsuit.

A less-publicized incident that caught the DOJ's attention involved an allegation that police officers beat a mentally ill man Jan. 1, 2011. Edward Henderson received numerous injuries after a chase in Cleveland, and blurry footage from a helicopter appeared to show officers kicking Henderson as he lay on the ground.

Despite an FBI investigation and a grand jury probe, no charges were brought against the four officers because all the officers on the scene that night refused to say how Henderson received his injuries. Henderson was sentenced to three years in prison for assaulting a police officer. The city of Cleveland paid Henderson $600,000 in a lawsuit settlement