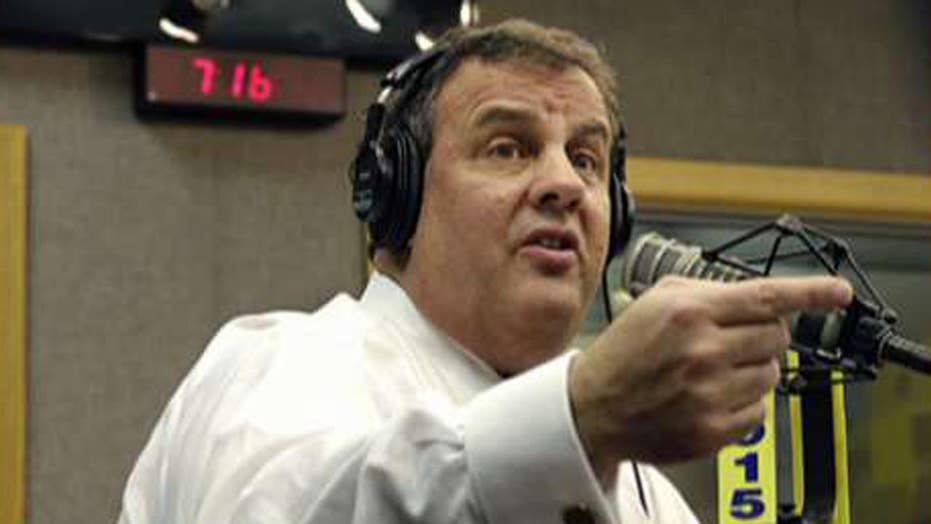 New Jersey Gov. Chris Christie uncorked his infamous barb-wired wit on the New York City talk radio airwaves on Monday, deriding one caller as a “bum” and a “Communist.”

Christie, filling in for soon-to-be-retired sports radio mainstay Mike Francesa on WFAN, had a mixed audition for a possible post-gubernatorial job, mixing it up with a pair of callers from one of his home state’s more liberal enclaves.

“Governor, the next time you want to sit on a beach that is closed to the entire world except you, you put your fat a-- in a car and go to one that is open to all your constituents, not just you and yours,” said “Mike from Montclair,” referring to the flap over Christie’s getaway on a beach he had closed during a budget crisis.

“You know Mike, I love getting calls from Communists in Montclair,” Christie responded.

But “Mike from Montclair” wasn’t done.

“You’re a bully,” the caller continued. “And I don’t like bullies.”

Christie, who will leave office in January, retorted: “Listen, I'm not the guy who came on the air, swore on the air ... You're swearing on the air, Mike. You're a bum…What matters is what you do.”

“What have you done?” Mike asked.

“What I just did is stop polluting the airwaves with a guy like that,” Christie said as he hung up.

Another called, also from Montclair, said he represented all of those in the state who didn’t prefer Christie as their governor – an overwhelming number, considering Christie’s abysmal approval rating.

“You lost twice, John,” Christie said, referring to his pair of statewide victories. “So that shows how much you matter.”

At one point, Christie’s co-host, Evan Roberts, suggested Christie spice up his own Twitter account, similar to President Trump’s. Christie, an adviser to and supporter of Trump during the presidential campaign, shot back: “Is that what you really want my role model to be?”