Donna Pollard, the victim of child marriage at 16 when she was pressured by a 30-year-old man to marry him. (Survivors Corner)

A Kentucky Senate panel heard testimony last week from a woman who says she was coerced into marrying at age 16. She urged lawmakers to pass legislation making marriage only for adults -- and curb an endemic child-marriage problem in the state.

Donna Pollard, 34, who got pregnant a year after she got married, said she was pressured into wedlock with an abusive and violent man of 30 who first approached her when she was 14, the Louisville Courier-Journal reported.

The man, or “perpetrator” as she called him, was working at a treatment center supposedly providing mental health counseling. Soon the relationship turned sexual and she was encouraged by her mother – herself a bride at 13 – to tie the knot.

"The clerk didn’t even look up at me from her computer. She only asked: ‘Which one’s the minor?’ She didn’t assess if I was safe or needed something."

“The clerk didn’t even look up at me from her computer. She only asked: ‘Which one’s the minor?’ She didn’t assess if I was safe or needed something. He was 30 years old at the time, but nobody questioned the fact that he was so much older,” Pollard told the Guardian.

"I'm frankly embarrassed that Kentucky doesn't have such law."

She is now advocating for legislation that would raise the required age for marriage in the state from 16 to 18 and create protections for underage girls to prevent coercion.

"I'm frankly embarrassed that Kentucky doesn't have such a law," Republican state Sen. Alice Forgy Kerr told the Courier-Journal. She claims the existing law “plays into every negative stereotype about Kentucky."

Various studies show Kentucky having the third-highest rate of child marriages in the country. Texas is first, although it recently passed a law raising the age limit of marriage, and Florida is second.

Last year, then-Gov. Chris Christie of New Jersey came under fire after refusing to sign a bill that would have banned child marriage in that state, saying it would trample religious freedoms, Reuters reported. 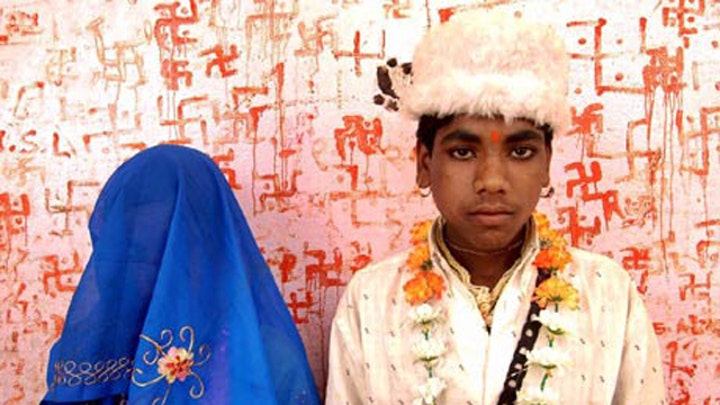 Roughly 200,000 children were wed between 2000 and 2015. But contrary to popular misconceptions, less than 10 percent of child marriages in Kentucky are between two teenagers – the rest are between a teen girl and an older man, Jeanne L. Smoot of the Tahirih Justice Center told the Courier-Journal.

"Teens marrying teens is not the case," she said.

Such marriages often include “child brides,” Smoot said, meaning underage girls pressured into marrying older men as a way to hide evidence of their sexual relationship with a girl who cannot legally consent to sex.

"Pregnancy can be a red flag that a girl has been raped,” she said.

Kentucky state Sen. Julie Raque Adams is sponsoring a bill that would increase the legal age for most marriages in the state to 18.

The bill would let 17-year-olds marry with a permission of a district judge, but only if the age difference between the teen and the other party is fewer than four years.

If it passes, it will be the first update to Kentucky's law since 1998, when the required age for marriage was raised to 16.

"I'm hopeful," Pollard said about lawmakers passing the bill. "We have to stop giving predators the opportunity to hide their offenses behind a marriage license."