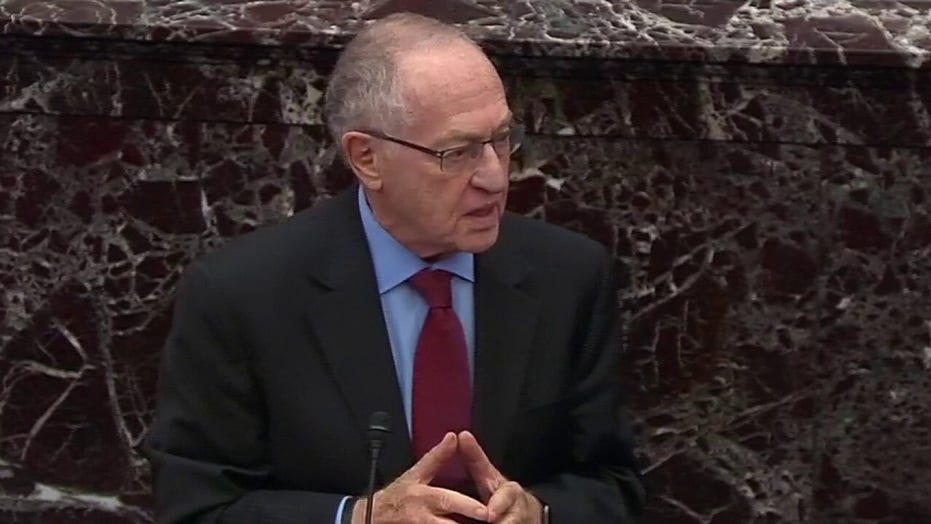 Chief Justice John Roberts exerted his unique authority as a timekeeper Wednesday by cutting off long-winded answers from lawyers as President Trump’s Senate impeachment trial heads into the question phase.

There are no official rules on how long Trump’s legal team and House impeachment managers can respond to written questions from senators, but Roberts signaled he’d like to abide by a five-minute rule that then-Chief Justice William Rehnquist used in former President Bill Clinton’s impeachment 20 years ago.

On Wednesday, Roberts proved he was serious and kept lawyers to five minutes, cutting them off when they went over.

“Thank you, Mr. Manager,” Roberts told Rep. Adam Schiff, D-Calif., when he went on for too long in making the case that witnesses such as former national security adviser John Bolton are needed for a fair trial.

And Roberts interrupted lawyer Alan Dershowitz during his animated argument that if President Trump thought his reelection in 2020 was in the national interest, he couldn’t have a corrupt motive to ask Ukraine for help. 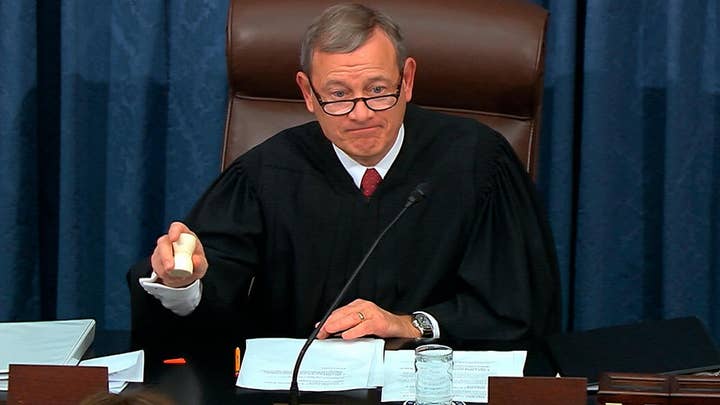 “Thank you,” Roberts interjected before Dershowitz finished his final thought: “That cannot be an impeachable offense.”

A stickler for time, Roberts told Sen. John Kennedy, R-La., that his five minutes would have to be divided between both sides since he addressed his question on executive privilege to both House managers and Trump's lawyers.

“They will split the five minutes equally,” Roberts said.

Rep. Hakeem Jeffries, D-N.Y., and Trump lawyer Patrick Philbin abided by the request and kept their responses to under two minutes apiece.

Roberts first made waves at the start of the impeachment trial when he had to admonish both sides for their heated language on the floor. He's kept a low profile since but took on a more active role Wednesday with the start of the question phase of the trial.

Roberts reads the questions posed by the senators and then keeps tabs on the lawyers answering them to ensure fairness in time.

This phase of the trial runs through Thursday and will take no more than 16 hours, per the impeachment resolution that senators passed.

On Friday, the senators will vote on whether to extend the trial by inviting new witnesses to testify.