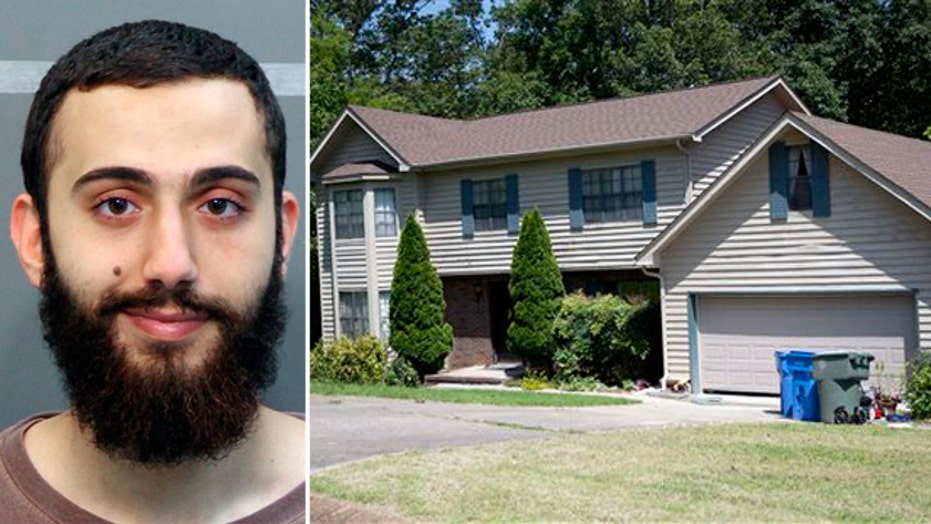 Mohammad Youssef Abdulazeez, 24, was shot and killed by police after he allegedly attacked the Marines at the Navy Operational Support Center and Marine Corps Reserve Center at around 11 a.m. Thursday. Before attacking the military center, police say Abdulazeez sprayed an Armed Forces recruiting center seven miles away with bullets, leaving a police officer with a non-life threatening ankle wound.

“While it would be premature to speculate on the motives of the shooter at this time, we will conduct a thorough investigation of this tragedy and provide updates as they are available," an FBI official told Fox News, hours after the deadly attack. A law enforcement source told Fox News that Abdulazeez was not on the FBI’s radar prior to the shooting.

The Daily Beast reported that Abdulazeez kept a blog that contained just two posts, both published on Monday and both concerning Islam. The first refers to a hypothetical test, designed to, as the writer puts it, "separate the inhabitants of Paradise from the inhabitants of Hellfire."

In the the second post Abdulazeez says his fellow Muslims have a "certain understanding of Islam and keep a tunnel vision of what we think Islam is."

"We ask Allah ... to give us a complete understanding of the message of Islam, and the strength the [sic]live by this knowledge, and to know what role we need to play to establish Islam in the world," he writes. The posts do not make any specific reference to current world events, such as the civil war in Syria or U.S.-led airstrikes against the Islamic State terror group (ISIS).

The New York Times reported that recent family photographs posted on Facebook showed Abdulazeez with a newly grown beard. Dr. Azhar Sheikh, a founding member of the Islamic Society of Greater Chattanooga, told the paper that Abdulazeez had also begun attending Friday prayers regularly over the past two to three months. Sheikh said the suspect's family had attended services in Abdulazeez's younger days, but he had stopped doing so, and Sheikh assumed that he had moved away.

According to the Times, Abdulazeez was born in Kuwait to a family of Jordanians. A federal official told the paper that Abdulazeez had become a naturalized American citizen, though it is not clear when. Abdulazeez grew up in a middle-class suburban subdivision just across the Tennessee River from Chattanooga itself. The Chattanooga Times Free Press, citing county property records, reported that Youssuf Abdulazeez, the family patriarch, had owned the house his son grew up in since 2001. It was not clear whether the family had lived elsewhere in the U.S. before arriving in Chattanooga.

Neighbor Dean McDaniel described Abdulazeez and his sisters to the Times as being polite and well-behaved. He said the girls and their mother wore head scarves in public, while Abdulazeez dressed in jeans, T-shirts and shorts. He added that Youssuf Abdulazeez and his wife spoke in a foreign accent, but their children did not.

Mohammed Abdulazeez graduated from the University of Tennessee at Chattanooga in 2012 with a bachelor's degree in electrical engineering and was a student intern a few years ago at the Tennessee Valley Authority, the federally owned utility that operates power plants and dams across the South.

Hussnain Javid, a 21-year-old senior at the university, said he and Abdulazeez graduated from Chattanooga's Red Bank High School several years apart. Javid said Abdulazeez was on the high school's wrestling team and was a popular student. He added Abdulazeez was "very outgoing" and that he was well known.

Javid said he occasionally saw Abdulazeez at the Islamic Society of Greater Chattanooga, but the last time was roughly a year ago.

During his school years, Abdulazeez's faith was most noticeable during his athletic exploits. Ryan Smith, a high school wrestling teammate of Abdulazeez, told the Times Free Press that Abdulazeez would sometimes get in trouble with coaches for fasting during the season, putting him at risk of running afoul of the sport's weight requirements.

Scott Schrader, one of the owners of a Chattanooga gym who trained Abdulazeez in mixed martial arts, told the paper that the then-teenager would stop training every day at 6 p.m. to pray.

"He was honestly one of the funniest guys I'd ever met," said Smith. "I never saw a violent bone in his body, outside of the sport he was doing."

Little is known about what Abdulazeez did after he graduated from college. Smith said he recently saw his former classmate working at cell phone kiosks at two local malls. On April 20 of this year, Abdulazeez was arrested and accused of driving under the influence after failing a sobriety test. Court records showed that he was released on $2,000 bond. Until Thursday, it was his only recorded run-in with the law.

Sheikh told the New York Times that the Chattanooga Islamic Society had canceled its planned Friday celebration of Eid al-Fitr, which marks the end of the Muslim holy month of Ramadan.

"We have canceled out of respect and remembrance for our fallen Marines," he said.