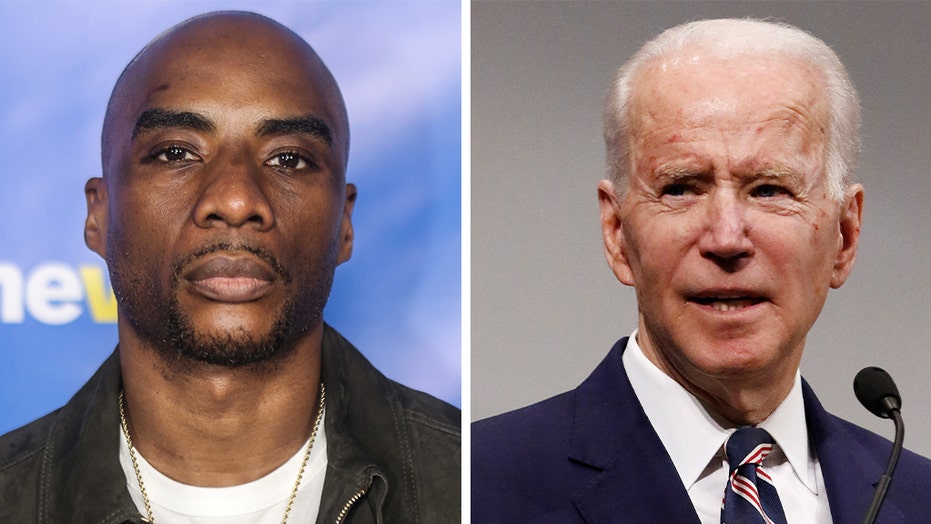 Radio host Charlamagne tha God on Wednesday called out Joe Biden for his “racist” legislative record in the Senate, just weeks after the presumptive Democratic nominee made waves on his show by saying “you ain’t black” if you are figuring out whether to vote for him or President Trump.

Charlamagne on CNN explained that Biden needed to do more than provide lip service to racial issues.

“To me it’s like this: If Barack Obama was JFK, then Joe Biden needs to be Lyndon B. Johnson. You know, he has the opportunity to be as progressive as Lyndon B. Johnson. Lyndon B. Johnson may have been labeled a racist but his record doesn’t reflect that. LBJ’s record showed that he had, like, the most effective progressive record on race and class of any Democratic president of the past 80 years,” Charlamagne said.

“I think, you know, Biden’s record in the Senate actually reflects very racist legislation, but he has a chance to correct that by doing right by black people,” Charlamagne said.

“The Breakfast Club” host praised Biden for his speech in Philadelphia after protests following the death of George Floyd.

BIDEN HAS EDGE OVER TRUMP ON RACE RELATIONS: POLL

“He did very well today in Philadelphia, you know, he said a lot of things that I wanted to hear, and I know it’s dream-selling season and politicians say what they need to in order to get elected, but I really enjoyed it,” said Charlamagne.

“But I need some action, like I need him to really lean into blackness now,” he continued.

On Tuesday, Charlamagne was interviewed on Rush Limbaugh’s radio show, and said it would be “very hard” to get Biden or Trump to dismantle “systemic racism.”

“I think that … we got to stop acting like white supremacy isn’t done by design,” Charlamagne said in an interview with conservative radio king Rush Limbaugh. “The whole function of systemic racism is to marginalize black people. It’s very hard to get any damn-near 80-year-old white man to change a system that’s been working for him and his family for years. I don’t care if it’s Biden or Trump. So once again, we need people that are willing to dismantle the mechanism of white supremacy.”

Limbaugh asked Charlamagne and his co-hosts why they vote for Democrats.

“The Democratic Party has been promising to fix your grievances for 50 years, and you have the same grievances, you have the same complaints,” Limbaugh said. “They haven’t done a damn thing for you. They haven’t even punished the people that you think are responsible for the racism and bigotry being done to you. Why do you keep supporting them?”

“I don’t disagree with you, and that’s why I’m not letting nobody politicize black pain and tell us that this is one person’s fault just because they’re trying to win an election in November,” Charlamagne said.

TAKING AIM AT TRUMP OVER RACIAL UNREST, BIDEN SAYS THE PRESIDENT'S 'PART OF THE PROBLEM'

“This is America’s fault, and the War on Drugs and mass incarceration and segregation and slavery, all of those things are and have been the proverbial knee on the back of black folks’ neck. And until somebody is willing to dismantle the mechanism of white supremacy, nothing is going to change,” he continued.

Biden, in an interview released May 22 with the radio host, aggressively defended his record with the black community.

“I tell you if you have a problem figuring out whether you’re for me or Trump, then you ain’t black,” he said, igniting a near-immediate backlash.

Charlamagne responded "it has nothing to do with Trump. It has to do with the fact that I want something for my community.”