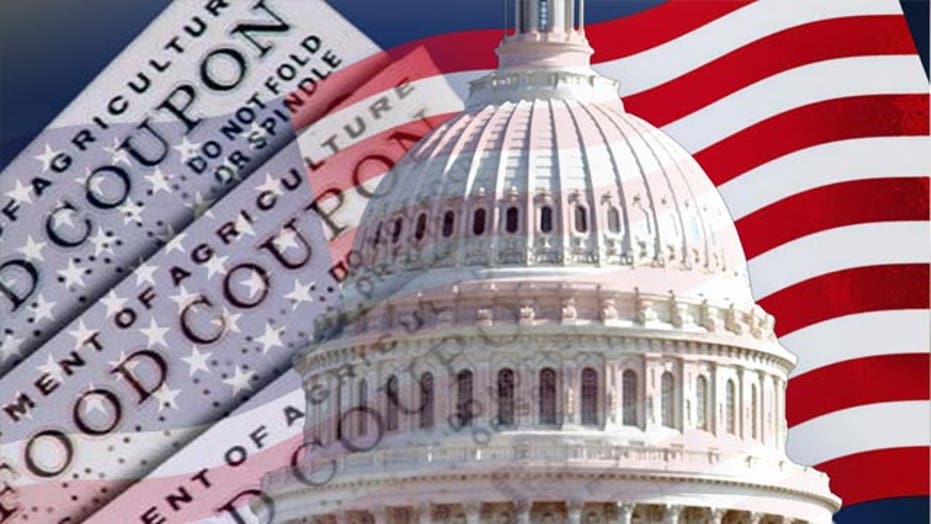 Fifty years after the “war on poverty” was first waged, there are signs a new offensive is needed.

The number counts people receiving what are known as “means-tested” federal benefits, or subsidies based on income. This includes welfare programs ranging from food stamps to subsidized housing to the program most commonly referred to as “welfare,” Temporary Assistance for Needy Families.

At the end of 2012, according to the stats, 51.5 million were on food stamps, while 83 million were collecting Medicaid – with some benefitting from multiple programs.

Though the programs were created to help those in need, some analysts worry that the way they’re designed is, increasingly, incentivizing people not to work. They note that when recipients combine several government assistance programs, in many cases they pay better than going to work.

The Cato Institute’s Michael Tanner said that in the eight most generous states, the benefits can be tantamount to a $20 minimum wage – which would exceed the $7.25 minimum wage in most states.

“So in many cases people could actually do better on welfare than they could in an entry level job," Tanner said.

Supporters say the safety net is necessary to keep Americans from living in dire conditions. As for concerns that these benefits pay better than working, they argue the solution is to raise the minimum wage to $10.10 an hour.

"I think a lot of people would do the jobs when they pay a living wage,” said Melissa Boteach, from the Center for American Progress. “In addition, there's growing jobs in health care and information technology and energy. There's a lot of places where, if able to make investments, we can really grow our economy in those sectors.”

As millions still rely on government assistance programs, technology and automation have eliminated jobs many Americans used to do with a high school diploma. The challenge for policymakers is helping the economy adjust.

"We have to figure out a way around this. Put innovation in play and really figure out how we're going to create a new economy where we can both raise wages and create more jobs for people," Boteach said.

Tanner said there must be a serious effort to put people back to work because the continued growth of these entitlement programs is unsustainable. The number of people on such benefits is up slightly from 2011.

The government still runs a half-trillion dollar deficit, according to the most recent estimates, and the national debt is nearing $18 trillion.

"You can't in the long run have a society in which you have to rely on a smaller and smaller group of wealth producers who have to support more and more people who are not contributing to that wealth," Tanner said.