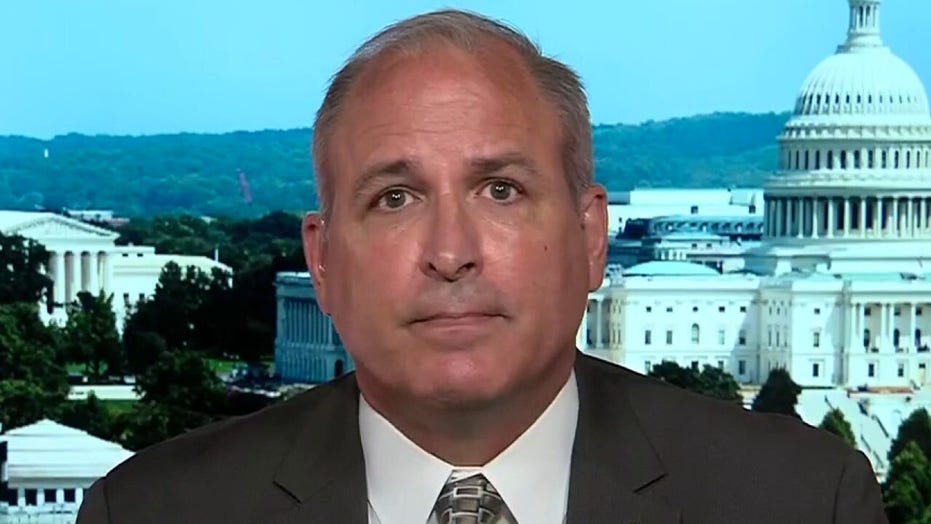 Portland Mayor Ted Wheeler made a 'stupid statement' not based in reality or fact, Acting Commissioner of Customs and Border Protection Mark Morgan tells 'America's Newsroom.'

For weeks, Portland has been rocked by violence and attacks on federal property, which Morgan says is enough justification for his agents to enter the city. A resistant Mayor Ted Wheeler, meanwhile, has joined ongoing protests and accused the federal government of violating the Constitution through "un-American" tactics.

When DHS leadership visited Portland, Wheeler tweeted that he wouldn't meet with them even if they asked.

"That's not a leader. That's a 10-year-old," Morgan told Fox News during an exclusive interview Thursday.

His comments reflected ongoing tension between liberal jurisdictions like Portland and an administration that paints itself as taking all necessary measures to ensure law and order. On Friday, Wheeler accused DHS of a "federal occupation" that he said "must end."

But according to Morgan, his agents are the only ones standing in the way of complete destruction of the city's federal courthouse. "The minute that we remove our presence from that building, this country would watch the courthouse burn to the ground at the hands of these criminals," he said.

He also speculated that the situation in Portland would end "overnight" if the city allowed its own police officers to do their jobs. The Portland Police Department did not immediately respond to Fox News' request for comment.

However, Portland official have framed the debate in terms of excessive government authority.

"Not only is the Trump administration violating the constitutional rights of Portlanders, but they are also attempting to use Portland as a proving ground for fascism, and they plan to invade cities across the country, cities that are political targets of the president," City Commissioner Chloe Eudaly said.

On Friday, the city sent the federal government a cease-and-desist letter directing authorities to remove fencing around the courthouse. Eudaly's proposed resolution, passed earlier this week, banned the police department from cooperating with federal agents -- a decision that Morgan said will cost agents' lives.

"It’s got a potential to have deadly impact — deadly impact, and I’m not being hyperbolic," Morgan said. He pointed to a breakdown of communication between government entities before the Sept. 11 attacks as proof of the potential for dire consequences.

"That is outrageous, it's irresponsible, and it's a classic example of these local politicians putting politics before public safety ... When did law enforcement in this situation become the enemy?" he asked.

The resolution's wording specifically blocks police from sending or receiving "operational support" from federal agents. Portland's police department did not immediately respond to Fox News' request for comment. By press time, the mayor's office had not yet provided clarification on whether police can provide information about threats to agents' lives.

"Communication has all but broke down," Morgan said, claiming that the city wasn't making efforts to prevent violence.

Wheeler's office pointed Fox News to comments President Trump made on "Hannity" -- apparently to indicate that the poor relationship was a two-way street.  "Mayor Wheeler. And he’s—he made a fool out of himself," he said Thursday. "He wanted to be among the people, so he went into the crowd, and they knocked the hell out of him. That was the end of him. So it was pretty, uh, pretty pathetic," Trump said.

Portland's mayor has indicated he sees federal agents as an enemy force. "This is not a de-escalation strategy," Wheeler said. "This is flat-out urban warfare and it's being brought on this country by the president and it's got to stop now." While speaking with Fox News, Morgan insisted his agency had the authority to enter cities like Portland. "What we're talking about is a surge to assist federal authorities that are already in the city," he said.

Morgan has been on the forefront of countering a torrent of criticism and allegations that he claims are false about his agents. Media outlets and protesters have alleged that federal agents were abusing their authority and sidestepping civil liberties in dealing with the crowds.

Meanwhile, DHS has said that individuals -- not fit to be called protesters, according to Morgan -- attacked their agents and committed federal crimes.

CBP agents have seen at least seven injuries, including chemical burning of an agent's neck and a required hospitalization due to a shin injury. On Friday, White House Press Secretary Kayleigh McEnany said that three agents were likely blinded by laser attacks.

“A federal agent’s hand was impaled by planted nails, another federal agent was shot with a pellet gun, leaving a wound deep to the bone, and tragically, three federal officers were likely left permanently blinded by the rioters using lasers pointed directly into their eyes,” she said.

Morgan maintained that he was aware of no wrong-doing on his agent's part, noting that he receives "very detailed reports" on the situation "literally hour by hour." Oregon officials worried about agents' actions appeared to be successful in prompting a federal investigation. Both DHS and the Justice Department announced on Thursday that they would pursue probes into agents' conduct.

When asked about DOJ's investigation, Morgan said: "I understand that DHS [Department of Homeland Security] IG [Inspector General] has initiated some inquiries. I am aware of that as well. Here’s what I’ll say: I’m very confident based on all the information that I know — which is considerable."