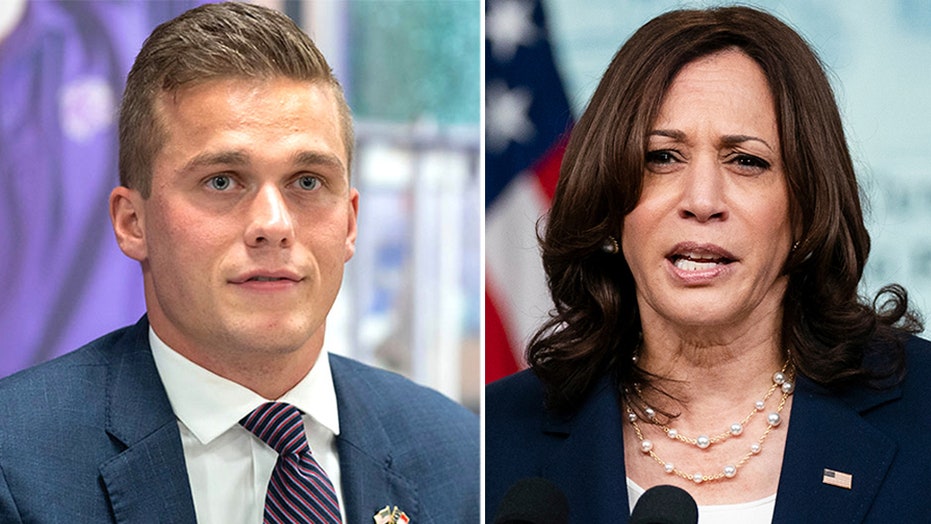 "Our nation is at a crisis point," he wrote in a letter to Harris and the rest of the Cabinet Thursday.

He warned of China’s ambitions on the world stage, the resurgent Russia, rising inflation, chaos at the southern border and other global predicaments threatening the U.S. — and argued that confronting them will take strong, decisive leadership.

"Joe Biden’s physical inability to lead is not a political talking point — it’s a demonstrable fact," Cawthorn told Fox News on Thursday evening. "He is not mentally fit to serve as president of the United States."

The congressman said he does not believe Biden is capable of serving as commander in chief following the disastrous U.S. pullout of Afghanistan, which has left thousands of Afghan allies stranded, the country in Taliban hands and the most Americans killed in a single attack in Afghanistan in over a decade.

"I cannot sit idly by and watch the nation that I love spiral into death and devastation because our leader cannot discharge his duties," he said. "There is no time to wait, the time for action is now."

In his letter to Harris, he wrote that as a member of the president’s inner circle and a former presidential primary debate opponent, she has seen clearer than anyone Biden’s "current cognitive limitations."

"As the person that works closest with the president, you are also the one who best knows the differences between the perception the West Wing wants to project and the ugly reality," he added.

The White House did not immediately respond to an after-hours request for comment on the letter.

In a statement Thursday night, Harris honored the victims.

"These courageous servicemembers died while saving countless lives," she said. "They are heroes."

She said she and her family were grieving for the Afghan civilians killed in the same attack.

"Our country is grateful to all our women and men in uniform, and in particular, those working today to get Americans and our Afghan partners out of harm’s way," she said. "And we will complete that mission. Today, we honor those who gave their lives in service to their nation. We will never forget."

In a news briefing earlier, Biden pledged to hunt down and kill the terrorists responsible, but critics have blasted his response as confusing and inadequate, especially after the U.S. withdrawal severely curtailed intelligence capabilities in the war-torn country, angered NATO allies and raised fears that hundreds of U.S. citizens and tens of thousands of Afghan allies may be stranded behind enemy lines – at risk of death at the hands of the Taliban. 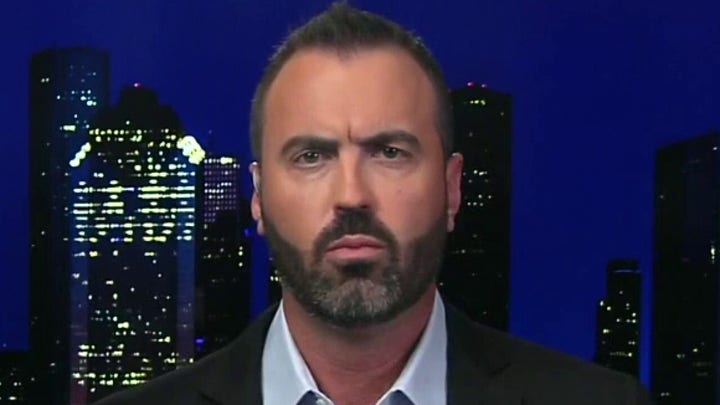 "The Constitution provides us a remedy," Cawthorn wrote. "Section 4 of the 25th Amendment lays out the process by which the sitting president may be removed from office for inability to ‘discharge the powers and duties of his office.’"

Then he urged her to start the process.

"I recognize the enormity of this request, yet that enormity is dwarfed by the scale of the consequences that face our country," he wrote.

Other leading Republicans have called on Biden to resign over the Afghan crisis.

White House press secretary Jen Psaki addressed those lawmakers earlier Thursday, saying it was "not a day for politics" in the wake of the suspected ISIS-K bombing that killed more than a dozen service members.

"We would expect that any American, whether they are elected or not, would stand with us in our commitment to going after and fighting and killing those terrorists wherever they live and to honoring the lives of service members, that’s what this day is for," she said during her daily news briefing.