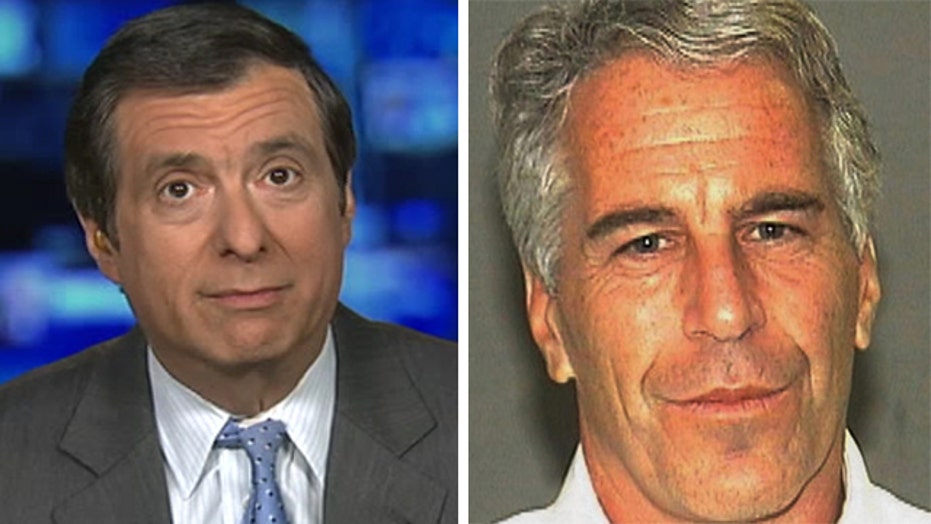 Kurtz: Press should be cautious on prostitution allegations

Jeffrey Epstein, a convicted sex abuser, is a billionaire with a lot of celebrity friends.

Who do you think is getting the most media attention?

That’s right, the former president is now “tied” to a guy who allegedly was surrounded by a number of underage girls and spent 13 months in prison for solicitation of prostitution. The Epstein scandal has been drawing big headlines in the British press because one woman charges that she was forced to have sex with Prince Andrew, which Buckingham Palace denies.

Now it’s perfectly fair to question Clinton’s judgment in hanging around with a man who turned out to be a sleazebag. Between 2002 and 2005, Clinton sometimes flew on Epstein’s jet to the tycoon’s private Caribbean island, where Epstein is alleged to have kept underage girls as sex slaves, according to press reports that followed a lawsuit against Epstein.

A tantalizing story line—but here are some other details.

Clinton apparently broke off his friendship with Epstein after the police investigation of him was reported, a probe that led to the 2008 conviction.

And the woman who charges that Epstein forced her to have sex with Prince Andrew and other men says she never had sex with Clinton, and doesn’t think anyone else associated with Epstein did.

Still, the salacious tale has led to all kinds of chatter, along the lines of Will This Affect Hillary’s Campaign? And Clinton’s history with the likes of Monica Lewinsky naturally arouses suspicion.

But is it fair for media outlets to imply or insinuate that Bill was up to his old hanky-panky, even if it’s with a wink and a nod? Wthout so much as an allegation to that effect?

Another Epstein friend, Harvard’s Alan Dershowitz, is in a very different situation, since an unnamed woman in the lawsuit (Jane Doe No. 3) alleges that she had sex with him. The high-profile lawyer is filing a defamation suit, denied the allegations on the “Today” show, and told the Wall Street Journal that this was a “totally fabricated, made-up story…I have never had sex with an underage woman. They made up this story out of whole cloth. I’m an innocent victim of an extortion conspiracy.”

Needless to say, there are lots of charges and countercharges flying here. And the British part of the scandal is fascinating.

For instance, it emerged three years ago that Epstein gave Prince Andrew’s ex-wife, Fergie, 15,000 pounds to help pay off her debts.

The digital list of Epstein’s contacts (which includes not just Clinton but 20 of his aides and associates) was used in an attempt to subpoena him for questioning in the lawsuit, but that effort failed.

If a serious allegation against the 42nd president surfaces in this mess, that is fair game for the press. But we ought to be careful about plunging into guilt by association.