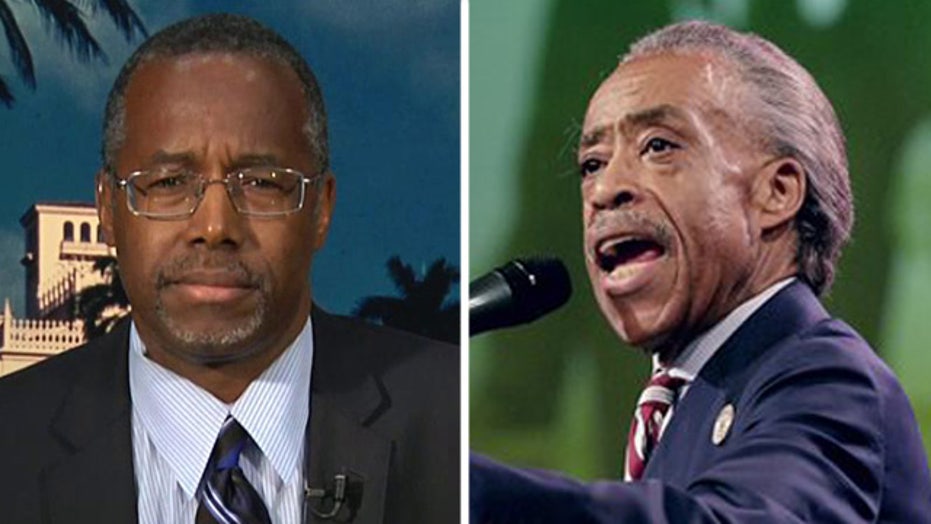 What is the right response to situation?

“I’m not sure this is a police versus blacks situation,” he said during an exchange on “Fox News Sunday” with civil rights leader Jesse Jackson, who like Carson is black. “We need to look at bigger issues.”

Jackson compared the Aug. 9 shooting of Brown to a “state execution” and said it was part of a larger pattern of attacks on black males, also naming Trayvon Martin and Rodney King.

Brown’s death in Ferguson, Mo., has resulted in widespread protests and looting.

“Seems to me, the police acted as judge, jury and executioner,” Jackson said.

Carson, a medical doctor and Fox News contributor, caught the attention of conservatives during his 2013 National Prayer Service address in which he questioned the direction in which the country was heading, with President Obama sitting just a few feet away.

Carson praised Jackson for his lifetime of advocacy for minorities and said he thinks they each want the same outcome -- to help the underserved.

“But we come at it from a different point of view,” said Carson, an Independent and potential 2016 presidential candidate. “Some of the worn-out policies of the do-gooders are not working.”

He also suggested government and business can create the kinds of jobs that will help Americans get out of poverty, but he argued that people still must "take control of their own lives."