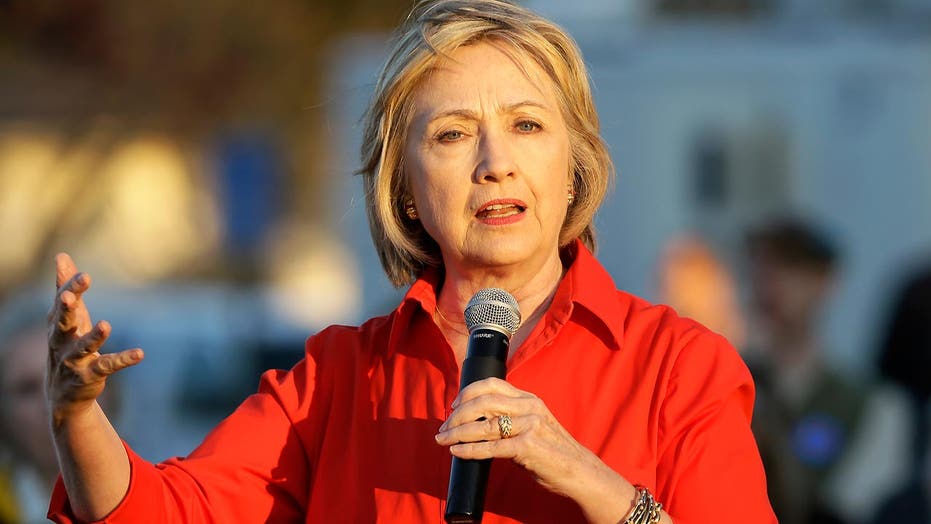 Hillary tries to position herself between voters and Sanders

Clinton is attempting to move to the left of her closest Democratic rival; Ed Henry reports on 'Special Report'

But the survey showed Carson, the retired neurosurgeon who has been trading the lead with Trump in GOP primary polls, with a 50-40 percent lead over the Democratic front-runner.

According to Quinnipiac, Clinton's lead among women "evaporates" when she's pitted against Carson. Women break for him over Clinton, 45-44 percent.

Clinton appears to be hurt in part by her public image, with the poll showing 52 percent have a negative view of her, versus 42 percent with a favorable view.

The poll also shows more voters have a negative than positive view of Trump, as well as former Florida Gov. Jeb Bush.

As for Quinnipiac's primary polling, it shows the races in a similar state. Clinton easily beats Vermont Sen. Bernie Sanders on the Democratic side. And on the GOP side, Trump narrowly edges Carson, 24-23 percent.

Rubio and Cruz clock in next at 14 and 13 percent, respectively.