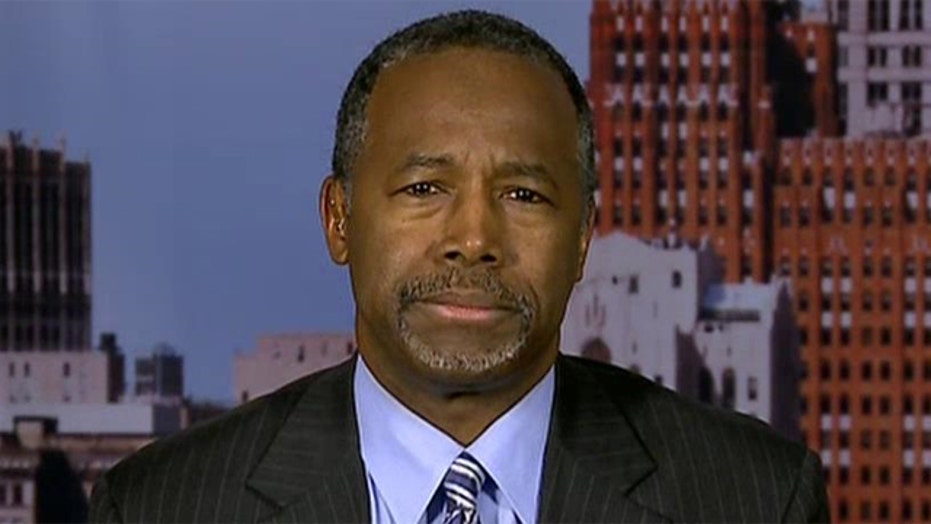 The deep Republican presidential field will get even more competitive this week when hopefuls Dr. Ben Carson, Carly Fiorina and former Arkansas Gov. Mike Huckabee enter the race as expected.

Carson and Fiorina, the former Hewlett-Packard chief executive, are set to announce Monday, making them the only black and female candidate, respectively, so far in the 2016 GOP field.

Carson told a local TV station Sunday that he is seeking the 2016 GOP Republican  presidential nomination but will formally announce his bid in hometown Detroit Monday.

“There’s no question this country is in very dire straits.” Carson, a first-time candidate who has gained political attention in large part by being critical of President Obama, told Fox News on Sunday. “The whole leadership issue is lacking."

Carson also embraced the large GOP field, saying it will give voters “an opportunity to hear a variety of solutions” to such problems as terrorism and the economic inequality that contributed in part to the recent rioting in Baltimore.

Fiorina, who has positioned herself as an alternative to Democratic frontrunner Hillary Clinton, will make her announcement on social media, then follow with an online town hall event.

Huckabee, who won eight states in his unsuccessful 2008 presidential bid, will make his announcement Tuesday in his hometown of Hope, Ark.

The three will join freshmen Sens. Rand Paul of Kentucky, Marco Rubio of Florida, and Ted Cruz of Texas in officially announcing 2016 bids. They are also are expected to go to first-in-the-nation presidential caucus state Iowa after making their announcements.

The two Republican hopefuls who have sat atop most early polls -- former Florida Gov. Jeb Bush and Wisconsin Gov. Scott Walker -- have yet to announce. Rubio and Cruz are Cuban Americans.

“The diversity is great,” GOP strategist Matt Mackowiak told Roll Call. “It shows we’re a much broader party than the caricature some try to put on us.”

Huckabee, a former Baptist minister, is popular within his party’s social conservative wing but this time will face tough competition for that vote from Carson, Cruz and others.

As Arkansas governor from 1993 to 1996, after President Bill Clinton, he also is trying to position himself as the GOP candidate best equipped to defeat what he calls the “Clinton political machine.”

"I know the Clintons all too well,” he told the audience at last month’s Republican Leadership Summit, in New Hampshire. “They play to win. I faced them time and time again. I lived to win. I lived to even tell about it."

The most recent poll by nonpartisan RealClearPolitics.com shows Bush leading with 15 percent of the early vote, followed by Walker, Rubio, Paul, Cruz, Huckabee, New Jersey Gov. Chris Christie and Carson with Fiorina in the 14th and final spot with 1 percent of the vote.

Without having held an elected office, Fiorina has argued her corporate experience makes her well positioned to improve the U.S. economy and that exchanges with such world leaders as Russian President Vladimir Putin and Israeli Prime Minister Benjamin Netanyahu will be an advantage in foreign policy.

The 60-year-old Fiorina recently told Fox News that Clinton, a former first lady and New York senator, lacks accomplishment, is “not candid,” and “made a deliberate effort to shield her communications” while secretary of state by using a private server and email accounts.

She also defended her tenure as Hewlett Packard’s top executive, which ended with her being forced out as company stock plummeted and tens of thousands of employees lost their jobs during the dotcom bubble.

Fiorina said she navigated the company through the worst tech recession in 25 years and that the criticism is just part of “Democratic talking points.” She has also dismissed talk about her really angling for a GOP vice presidential nomination.

“If I run for president, it’s because I can win the job and do the job,” she said.