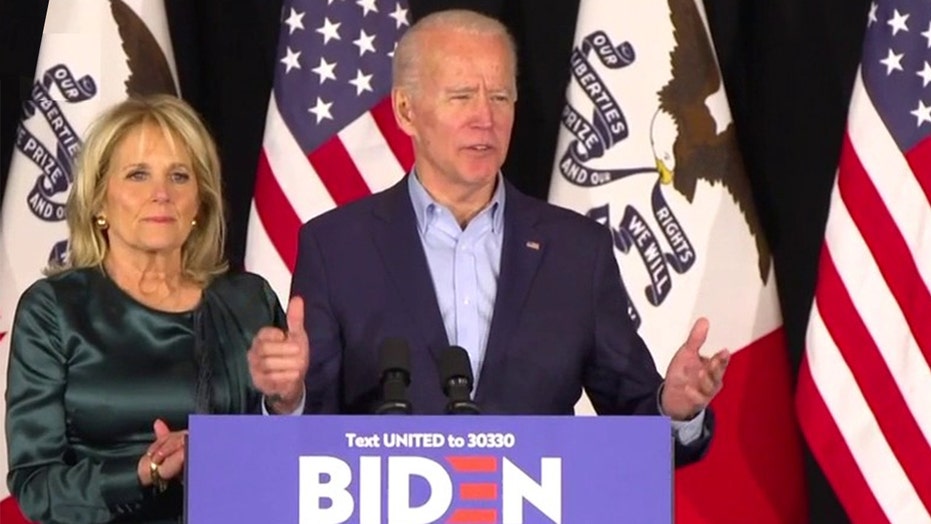 Kennedy announced the endorsement in a Boston Globe op-ed Tuesday morning, citing Biden's experience and the "immense damage" she says Trump has done in office.

"We need a president who can bring people together, who knows how to get things done at home and abroad, whose word we can count on, and who can nurture the next generation of leaders," she wrote.

Kennedy's endorsement in the New England paper comes just ahead of the New Hampshire primary, which is slated for Feb. 11.

Kennedy served as the U.S. ambassador to Japan under former President Barack Obama, whom she endorsed along with her uncle, the late Sen. Edward M. Kennedy of Massachusetts. Kennedy specifically cited Biden's work in Japan while she was the ambassador as one of the reasons she chose to endorse him.

"He made clear that America would always stand by our allies, and that we were committed to keeping the region peaceful and prosperous," she said. "He delivered tough messages as well, but he did it in private, with skill and respect. He thanked our diplomats for serving far from home. I saw a leader who was strong but fair, and who had the trust and respect of other countries."

The former ambassador also cited Biden's work for the Voting Rights Act, banning assault weapons and the Violence Against Women Act as reasons why Democrats should get behind the former vice president in a tight primary race.

The endorsement comes in the wake of a Monday night fiasco in which the Iowa Democratic party could not report the tally of the caucuses due to a "reporting issue" caused in part by an app failure, leaving voters, candidates and campaigns in the dark about who won the Iowa caucuses.