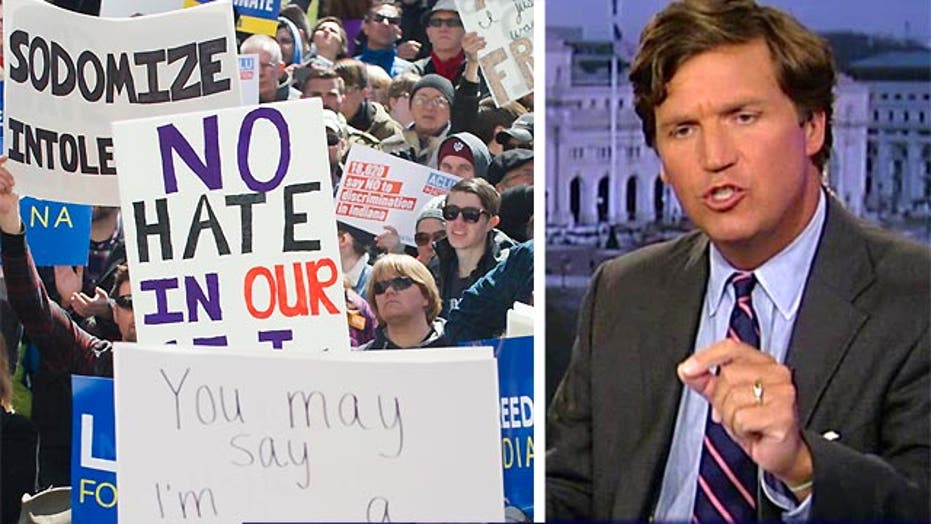 Carlson:opponents of Indiana law will crush you

Carlson:opponents of Indiana law will crash you

Tucker Carlson told viewers Tuesday on “Special Report with Bret Baier” that social liberals opposed to Indiana’s Freedom Restoration Act, are “jihadists” who will “crush you.”

“All the talk of tolerance that a lot of us sort of took at face value in the 90s, and even the last decade—we can’t always get along? And ‘you accept me and I’ll accept you,’ they did not mean it at all?” asked Carlson, a host of Fox and Friends.

“These are absolutists, these are jihadists. These are people who want to make you obey, that don’t brook any opposition to their world view at all”

He added it was “insane” that religious minorities were able choose which wars to fight in, but “not whether to serve cupcakes at a wedding that would violate their religious principles.”

Carlson claimed that social liberals were exercising “totalitarianism” instead of tolerance. “The demagoguery around this is really nauseating,” he said.