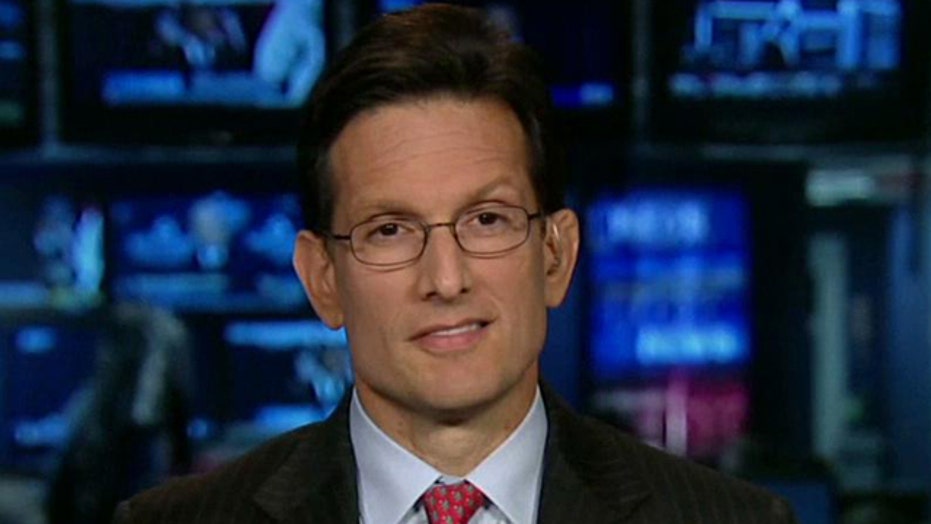 House voting on bill to alert victims of identity theft

House Majority Leader Rep. Eric Cantor told Fox News’ Megyn Kelly Thursday the House’s bill that would require the Obama administration to notify Americans within 48 hours if their identity is compromised via the ObamaCare website is a “no-brainer.”

Cantor, R-Va., said on The Kelly File that many Americans are “legitimately” concerned with information and identity theft when sharing personal information online.

“If there is any chance that one’s information and identity can be stolen or abused on the healthcare.gov website or in any way shape or form connected with the ObamaCare exchange then we should take the precautionary measures necessary,” Cantor said.

Cantor also fought back at Democrats who have called the bill a political stunt, and have pointed to the fact that no one has yet had their identity stolen because they used the ObamaCare exchanges.

Cantor said it is irresponsible for lawmakers to wait until someone does have their identity stolen to act, saying the notification procedure needs to be in place before it happens.

“The government ought to be willing to just notify victims,  that is all we are trying to do and asking the Democrats to set aside politics just this one time and let’s go about helping protect people in case their identity is stolen,” Cantor said.