“Do you remember two years ago I sat on that 'Fox & Friends' couch next to you and I said there will be a Black exit from the Democratic Party,” Owens told "Fox & Friends."

“And I remember the reaction from every other news industry -- they mocked me, they caricatured me, they laughed at me, they said it will never happen. They’re not laughing anymore, right, they’re angry now. First, it was Kanye West, Ice Cube, Lil Pump, now we have Lil Wayne, I mean these are the most successful rappers and they are coming out and they are taking a stand against this narrative,” Owens said.

Owens said that her organization “BLEXIT” started a march of “over 2,000 Black and Hispanics leaders in support of American principles, conservative principles, and law enforcement.”

“This is huge stuff that we’re talking about and you want to know why? It’s because the Democratic Party for 60 years and they have done absolutely nothing but fear monger and race bait ahead of a presidential election every four years and the time is up,” Owens said.

On Thursday, the 38-year-old, whose real name is Dwayne Michael Carter Jr., tweeted a photo of himself standing next to Trump.

"Just had a great meeting with @realdonaldtrump @potus besides what he’s done so far with criminal reform, the platinum plan is going to give the community real ownership," Wayne said. "He listened to what we had to say today and assured he will and can get it done." 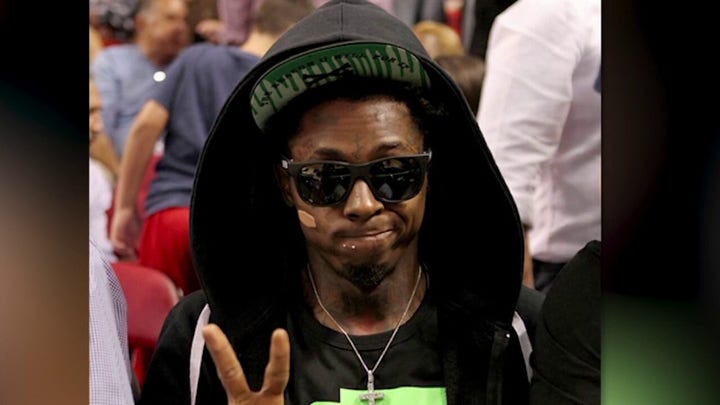 “Think about the things that we have heard out of Joe Biden’s mouth: ‘You ain’t Black if you don’t vote for me.’ Not looking to justify any of his policies: ‘you’re deplorable if we don’t vote for Hillary Clinton. They’re not even trying and look at -- what have their policies actually done to serve the Black community? Every single progressive policy leads to regressive results.”

“Black Lives Matter, look at our communities, they’re being burned down, rioted and looted and you’re using this slogan Black Lives Matter to justify this stuff," Owens said. "Black Americans are hurting in this country and President Donald J. Trump is providing an alternative.”