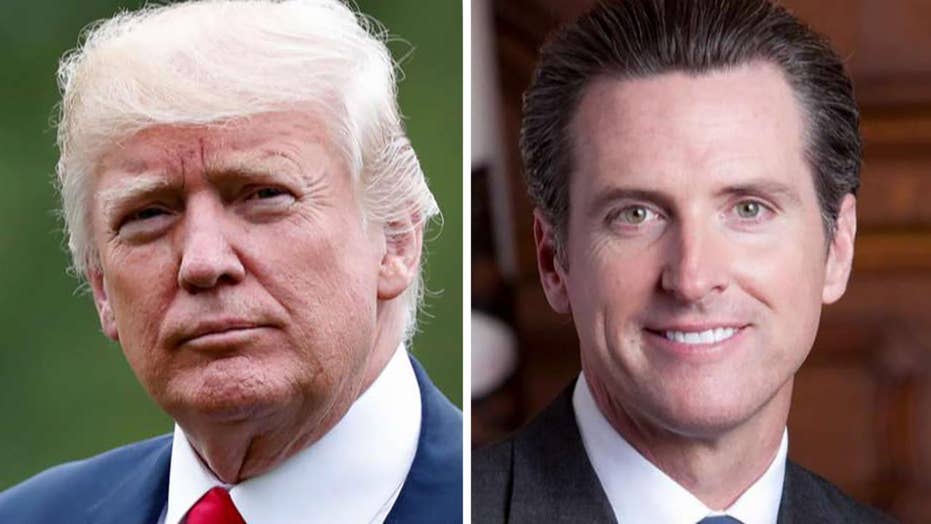 Republicans in California are crying foul over a new law that requires gubernatorial and presidential candidates to disclose tax returns in order to appear on 2020 primary ballots -- worried about voter turnout implications for their party in numerous races, even though the law is largely aimed at President Trump.

The Presidential Tax Transparency and Accountability Act – signed in late July by Democratic Gov. Gavin Newsom – was an obvious bid to compel Trump to make public his financial records if he wants his name on the ballot. But the president is unlikely to cave to the law’s provisos given his previous resistance to making tax returns public.

Republican leaders in the Golden State, however, argue that if the law actually keeps Trump off the March primary ballot, it would all but assure a depressed Republican turnout statewide -- hurting down-ballot candidates in congressional and other races and locking many out of the general election due to the state's unique primary system.

“We’re not talking about keeping President Trump off the ballot in the general election,” Jessica Patterson, the California Republican Party chairwoman, told Fox News. “But what this will do is make sure that Republican voters stay home for the primaries and give Democrats a big opportunity when it comes to the general election.”

The Democratic lawmakers who introduced the transparency bill balk at the notion that it is meant to hinder Republican chances of making it onto the general election ballot, however. They argue that its aim is to keep all presidential candidates honest about their income and where their money comes from. 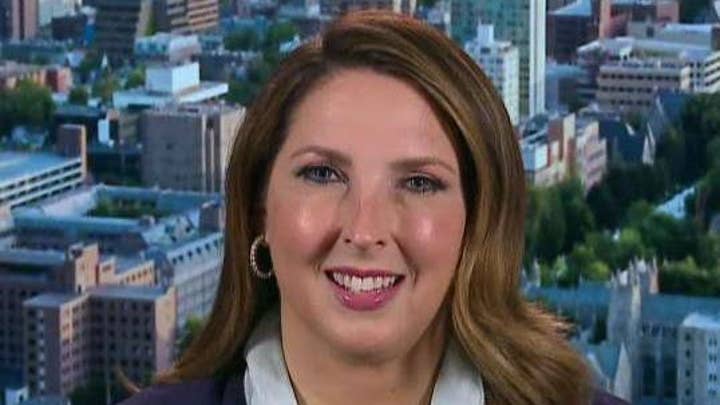 “While Donald Trump surfaced the tax return loophole that SB 27 closes, this isn’t about Trump,” California state Sen. Scott Wiener said in a statement to Fox News. “Rather, it’s about all presidential candidates from all parties. When someone is seeking to become the most powerful person in the world, the voters deserve basic information about the person’s finances. That’s all we’re asking for.”

Wiener, along with fellow Democratic state Sen. Mike McGuire, first proposed the changes to the ballot qualifications back in May and, despite their assurances that the law is meant to monitor candidates of all political parties, both lawmakers have been adamant in their condemnation of Trump’s unwillingness to release his tax returns.

“The people are on our side, over 60 percent of Americans want President Trump to release his returns,” McGuire said in a statement. “Voters deserve to know, for example, if the president is putting America’s security at risk through his tangled web of business dealings with corporate interests and his dealings with foreign governments and foreign banks. Here’s the bottom line: What does he have to hide?”

Whether the law is actually on the books by next year’s primary election is still to be determined – as both the Trump campaign and conservative watchdog group Judicial Watch have filed separate federal lawsuits in the Eastern District of California challenging its constitutionality.

Experts say the law will have little effect on the presidential race -- at this stage, Trump could lose California's primary yet easily wrap up the nomination. Congressional and other down-ballot races, however, could feel the brunt of the legislation's impact. 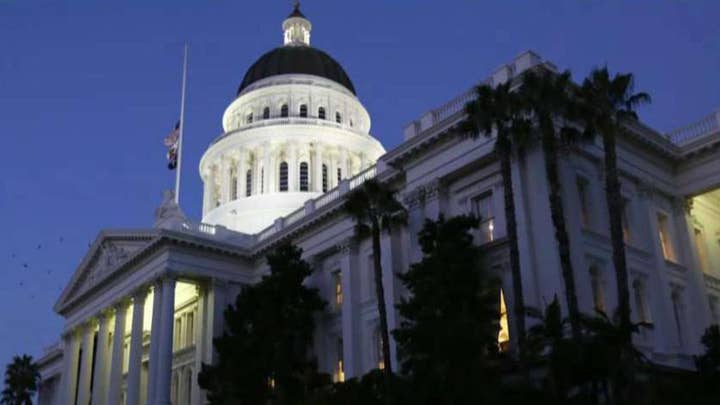 “You’re already going to see a big discrepancy in voter turnout between Republicans and Democrats because Trump is an incumbent without any real challengers in the primary,” Eric McGhee, a senior fellow at the Public Policy Institute of California, told Fox News. “But if this does go through, it could have a big effect on the down-ballot races because of the top-two primary system in the state.”

Republicans see a slim silver lining. GOP officials in California say they'll try to use the law to motivate Republicans who would normally stay home to the polls.

“We’re going to use this as a rallying cry to show Californians the arrogance of the Democratic Party in this state,” Patterson said.

Some experts, however, are skeptical – given Trump’s unpopularity in the state and the fact that California’s primary has been moved up to Super Tuesday on March 3 – that Republican efforts to expose any Democratic power play will be enough to drive a large turnout and offset what is expected to be a sizable and motivated Democratic electorate. 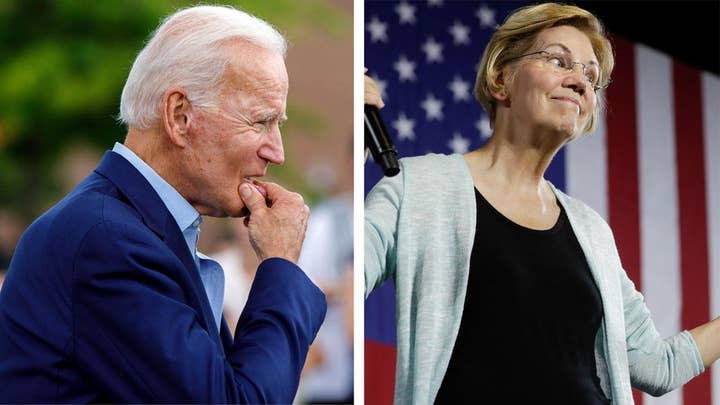 Paul Mitchell, a political consultant and vice president of Political Data Inc., told Politico that 2020 looks like an “asymmetric election” where Democrats will be much more driven to head to the polls than Republicans.

“This does have enough potential impact that it could impact primaries by boxing out a Republican here and there,” Mitchell said, especially if Republicans “boycott” the primary in protest over the new law. “... [I]t’s a not-trivial likelihood.”