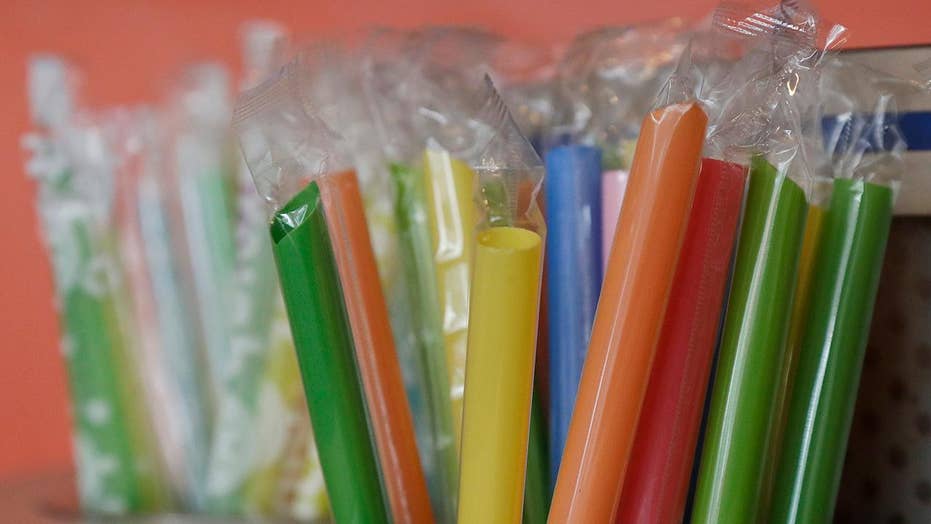 What's the story behind the push to ban plastic straws?

California businesses face penalties if they give out plastic straws; radio host Mike Slater weighs in on 'Fox & Friends.'

It's not the last straw, but it's close.

Gov. Jerry Brown signed the new law Thursday. It will go into effect next year and does not apply to fast food establishments.

The law does not go as far as some California cities, like San Francisco and Santa Barbara, that have banned plastic straws completely. But it does require customers who want straws with their drinks to ask for them.

Restaurants that don't comply with the new law will receive two warnings before being fined up to $300 per year.

Democratic lawmakers who support the law call it a small step toward reducing ocean pollution.

"Plastic has helped advance innovation in our society, but our infatuation with single-use convenience has led to disastrous consequences," Brown wrote in a statement. "Plastics, in all forms -- straws, bottles, packaging, bags, etc. -- are choking the planet."

But critics say the legislation is government overreach that won't significantly improve the environment, while others say restricting straw availability hurts disabled people who rely on them.

Some Republican lawmakers who voted against the measure said it would unfairly punish restaurants, although the restaurant industry didn't oppose the proposal.